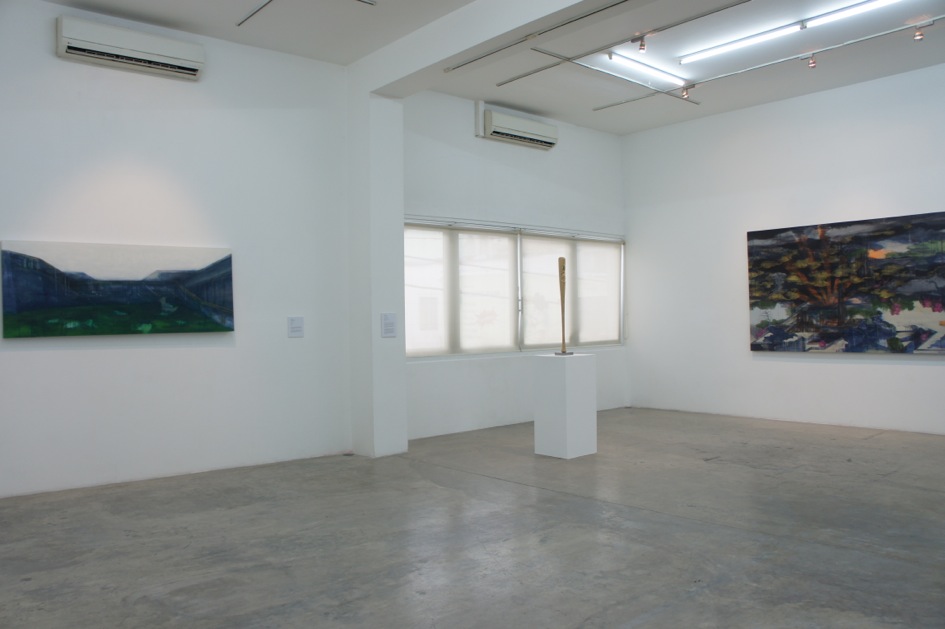 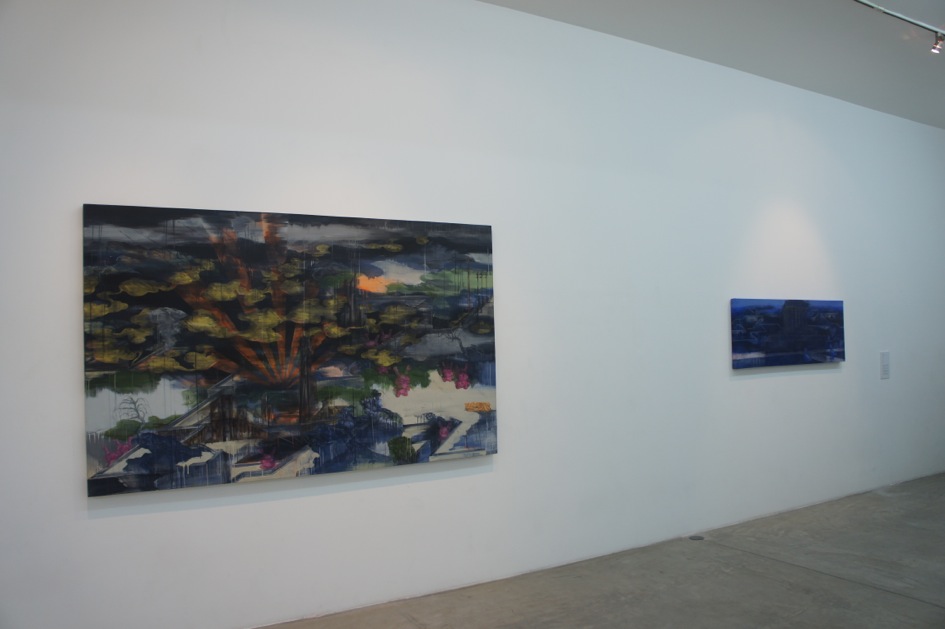 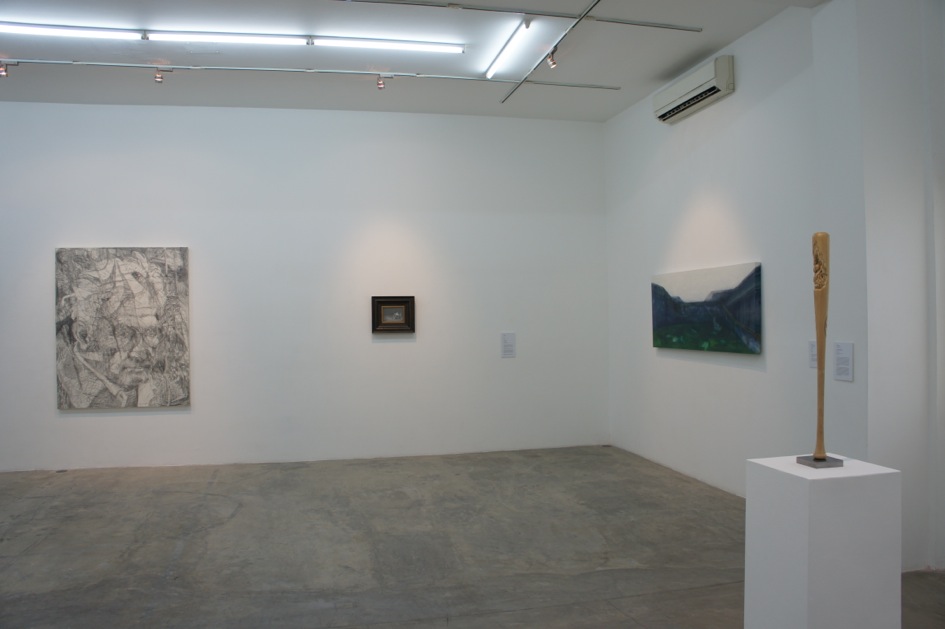 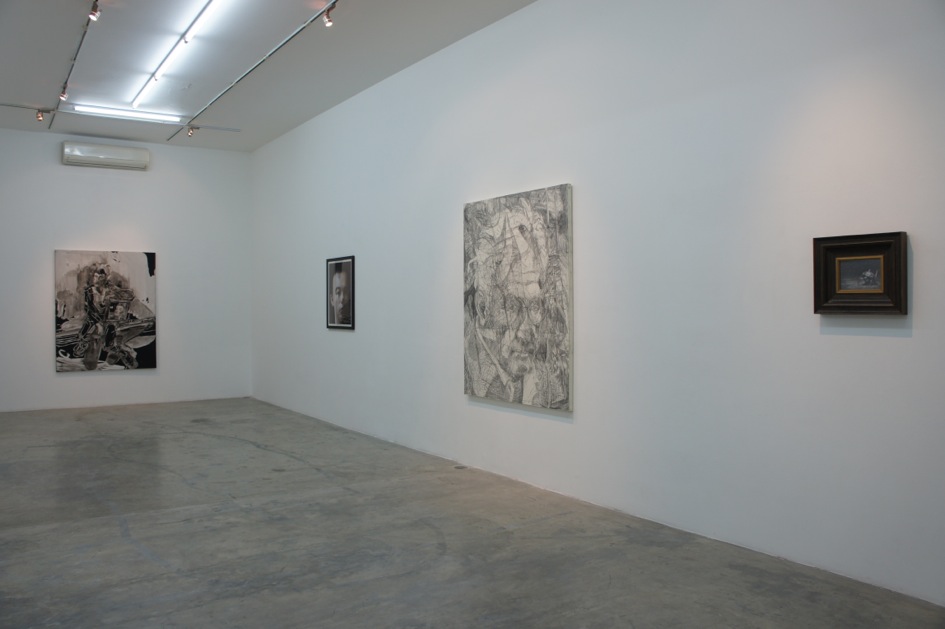 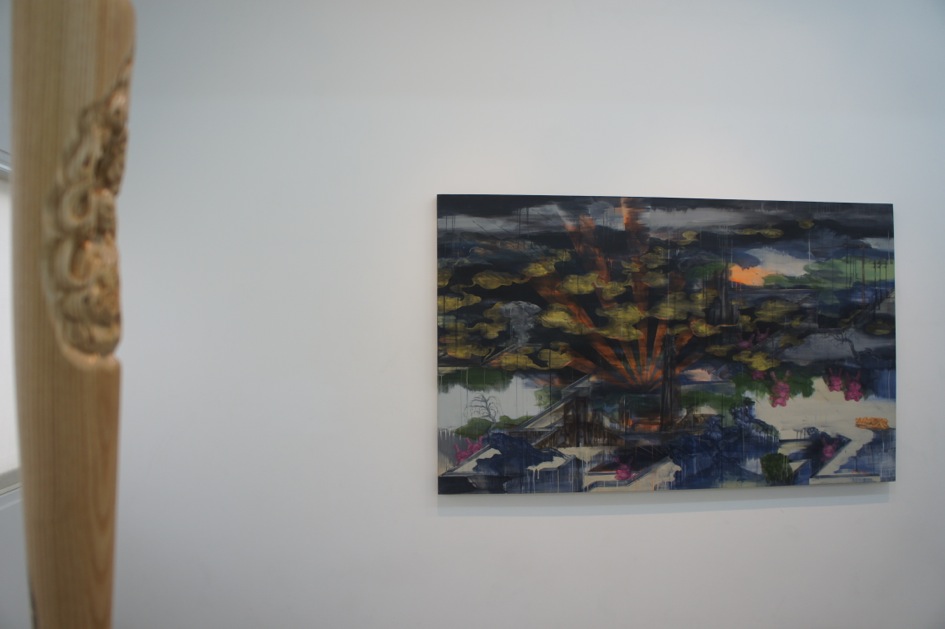 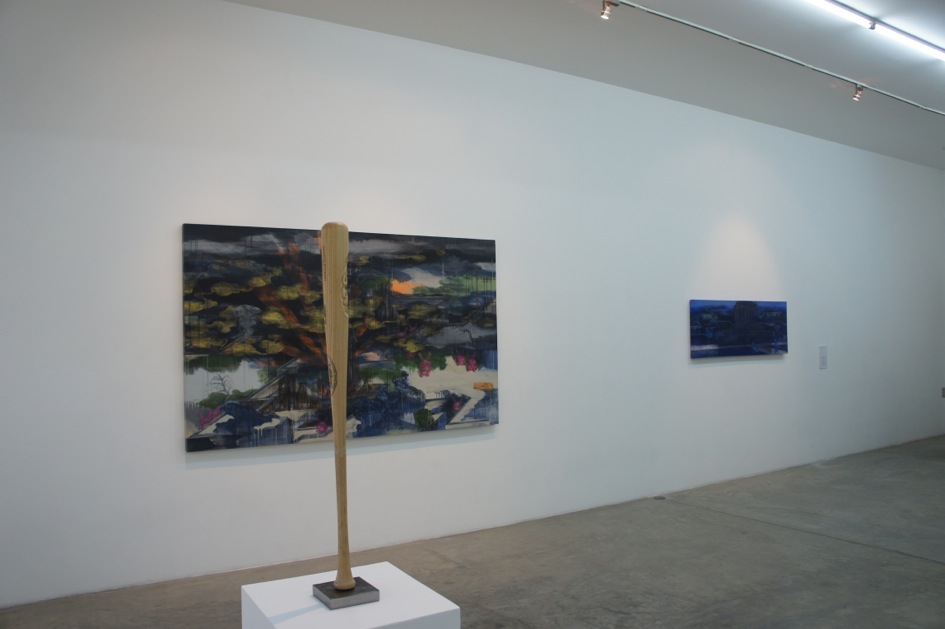 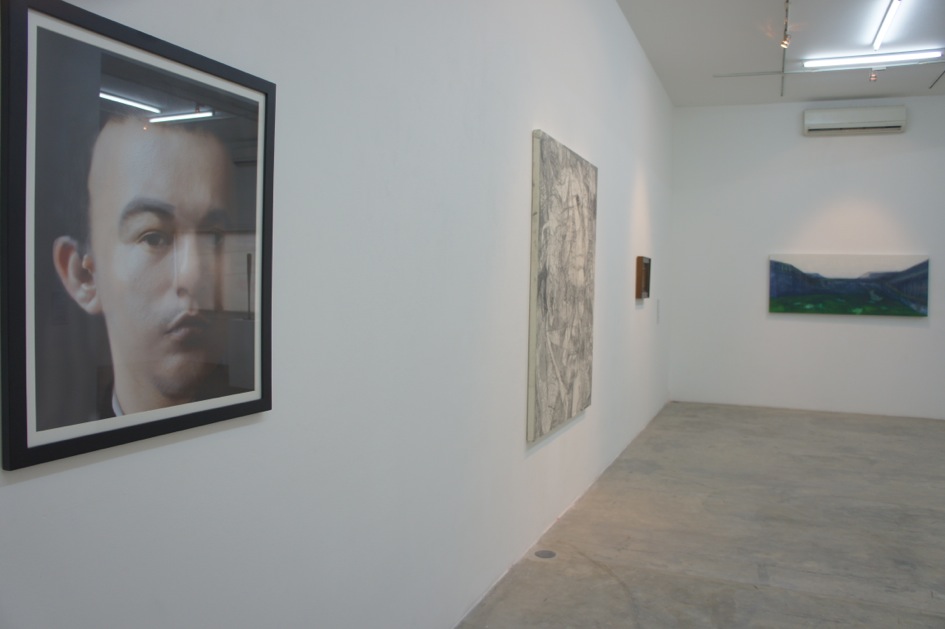 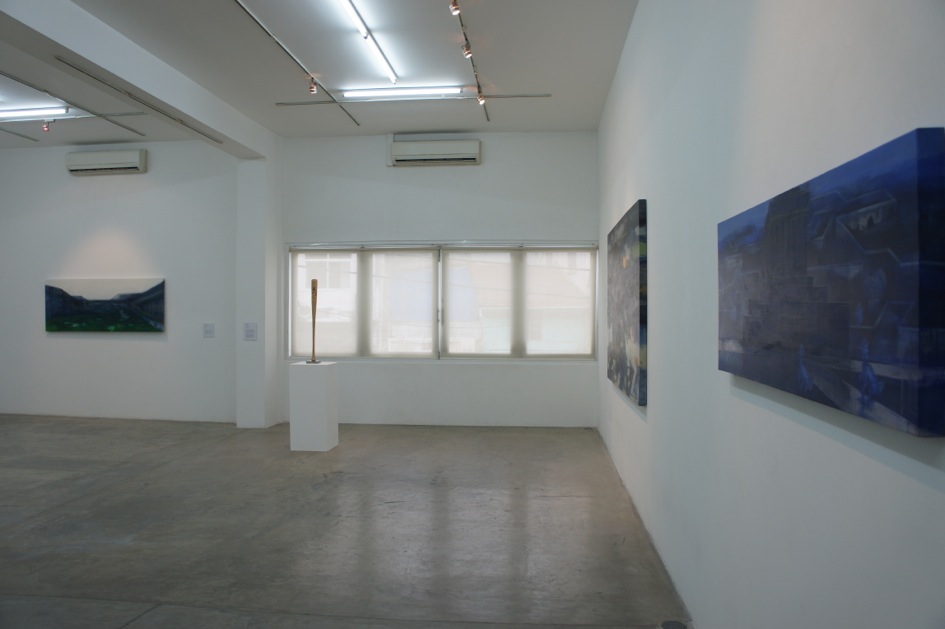 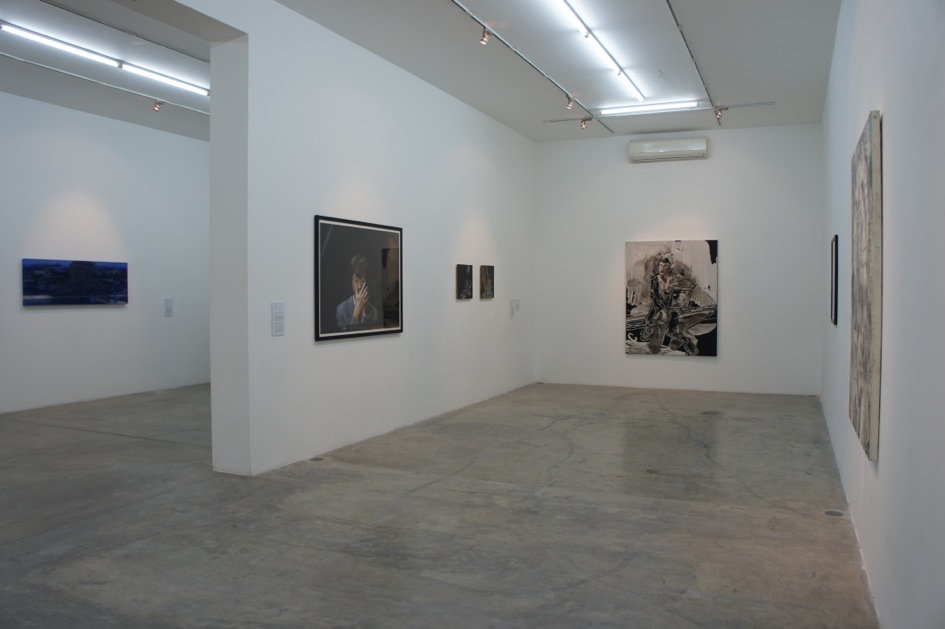 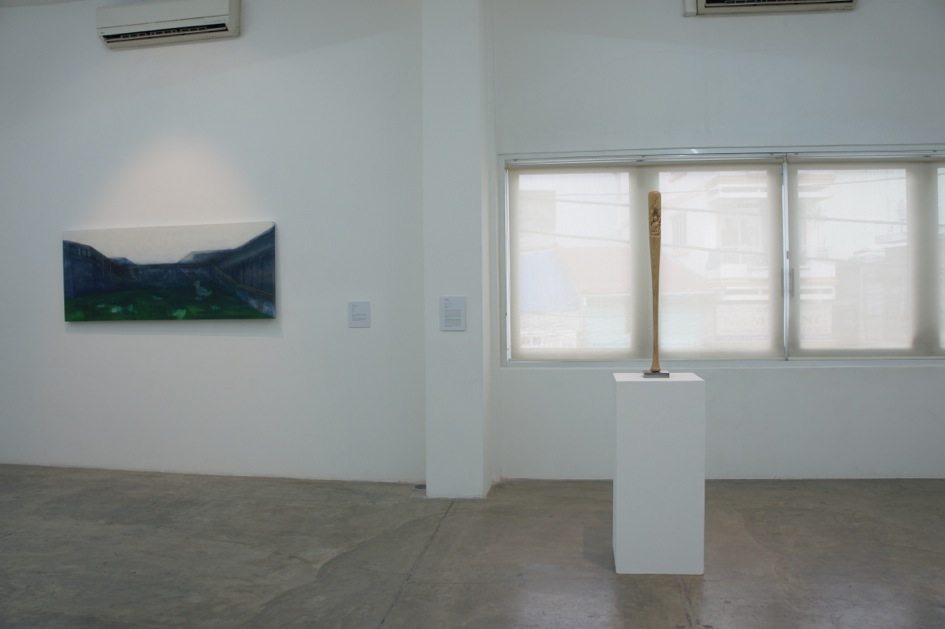 Whether real or imaginary, icons are inherently imbued with power and the ability to inspire and effect change. Through surprising depictions of various historical and contemporary figures and structures, the works in this exhibition reveal and/or conceal the shifting power, symbolism and representation of these icons and touch on ideas of desire, truth and identity.

Hoang Duong Cam’s latest photographic work ‘Self-portrait as someone who might have affected my life at a time before they began their career’ is a series of photo-collages that merge the artist’s visage with those of historical figures. In ‘Volodya 1886 – 2011’ we see the Russian revolutionary and politician Vladimir Lenin. In another photo Dang Thai Son appears, the virtuoso Vietnamese pianist and first Asian to win the International Fryderyk Chopin Piano Competition in Warsaw in 1980. Strongly impacting Vietnam’s cultural policy, Son’s achievement opened the door for future generations of artists in Vietnam. In Hoang’s work, the altering of icons by combining the personal with the public, creates a new hybrid identity :memorable faces are concealed to reveal a reconstructed portrait in the likeness of the artist. By selecting worn-out images of these illustrious figures, Hoang’s process was that of binding together fragments of his own personal history, which gradually became a restoration process of a broader history.

Tuan Andrew Nguyen’s ‘Enemy’s Enemy: A Monument to a Monument’ depicts the venerable Thich Quang Duc carved into the barrel of a Louisville Slugger baseball bat. Similar to the actual monument of Thich Quang Duc erected in Ho Chi Minh City, Nguyen’s work shows the monk calm and resolute amid engulfing flames. Referencing the monk’s self-immolation in 1963 in protest against the repression of Buddhism by the American-backed Catholic regime of Ngo Dinh Diem. As baseball is widely considered the national sport of America and the Louisville Slugger the most popular brand in the history of baseball bats, the artist poignantly touches on America’s cultural pride by carving into a national symbol the act that brought iconic status to Thich Quang Duc. Given the recent acts of self-immolation by Tibetan monks and nuns, the work resonates all the more strongly.

Heroism involves courage and Truc-Anh explores the innate antagonism within this idea by suggesting that heroes confront reality indirectly, hidden behind a mask. As public figures, icons often times assume a double identity revealing outwardly a fabricated personality while simultaneously concealing a private one. Truc-Anh’s graphite drawing depicting Batman’s lone and fractured mask represents the dual identity of the virtuous but troubled (anti-)hero, whose mask is reduced to its most simple and essential nature: black, white and the transitional greys in between. In other paintings the artist contemplates the perilous assimilation of multiple identities in political and popular figures such as Dominique Strauss-Kahn and David Bowie. Whether carefully and consciously crafted or shaped and manipulated by the media, the identities are a result of slippages between truth and fiction.

In Lien Truong’s ‘Chronicles of a Protagonist’, the California-based artist explores the relationship between modern mythical heroes and their veneration. Examining the notion of desire in how one relates to icons, the artist contemplates how they captivate and inspire. Truong proposes an anxiety regarding the inescapability of death, a universal concern that leads individuals to dream of heroes or icons. Fictional heroes in popular culture such as The Terminator or Wonder Woman appear against supernatural landscapes, and upon whom the artist imposes her own features and skin color. The artist’s assimilation with these iconic figures creates super-but-human entities and depicts the irreducible conflict between existence and the eternal wish of escaping our human condition.

About Galerie Quynh
Established in 2003, Galerie Quynh is the leading contemporary art gallery in Vietnam. Working with a select group of emerging, mid-career and established Vietnamese artists, the gallery also exhibits the work of distinguished artists from around the world allowing visitors access to a dynamic range of contemporary art practice. In keeping with our mission to support education and build an infrastructure for the arts in Vietnam, the gallery collaborates with artists, curators and art spaces locally and internationally to organize talks and lectures as well as to produce publications in English and Vietnamese.