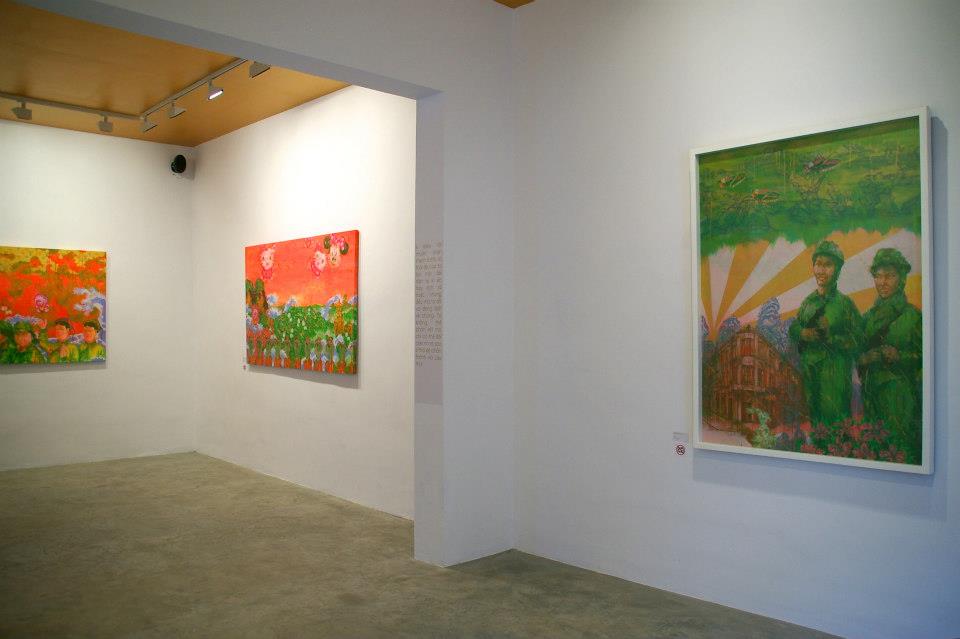 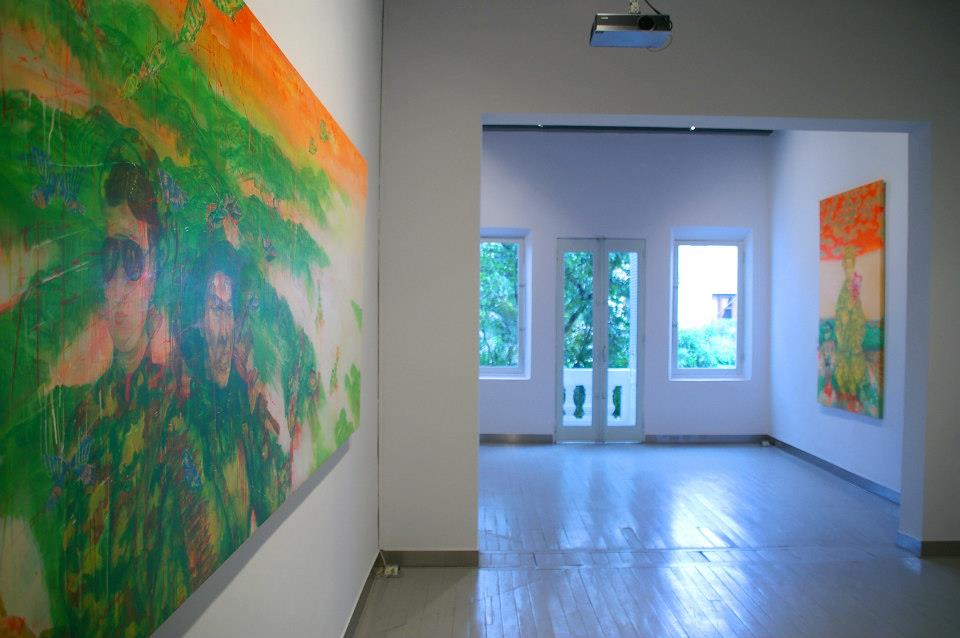 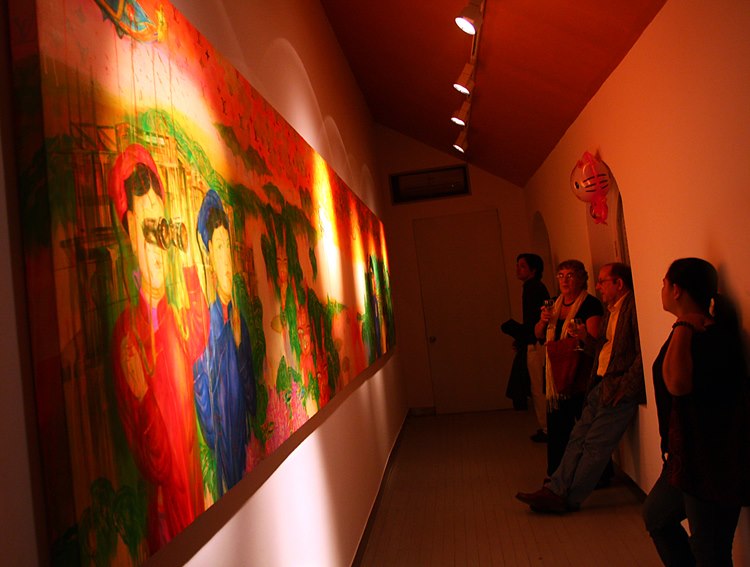 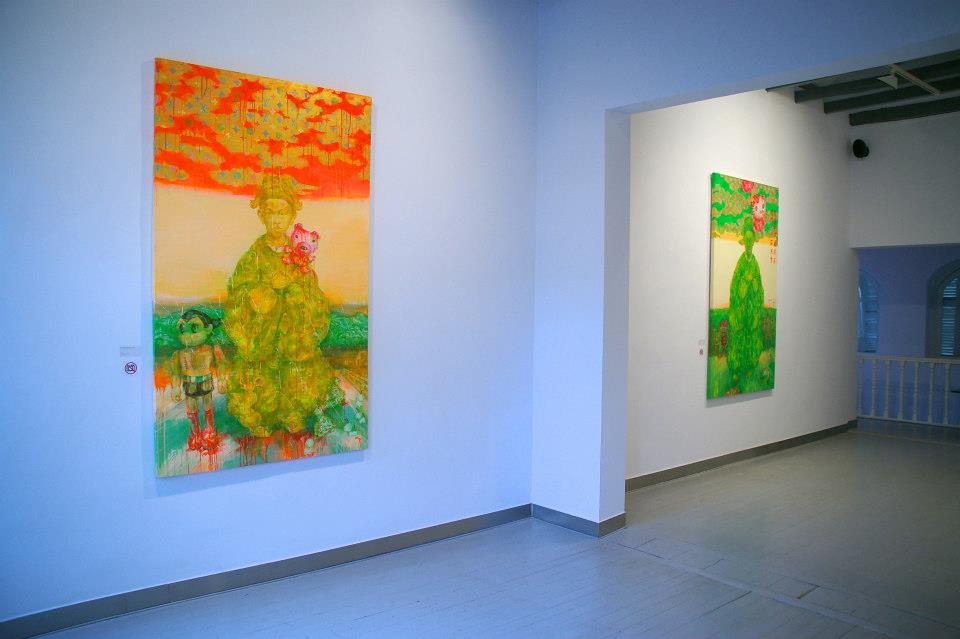 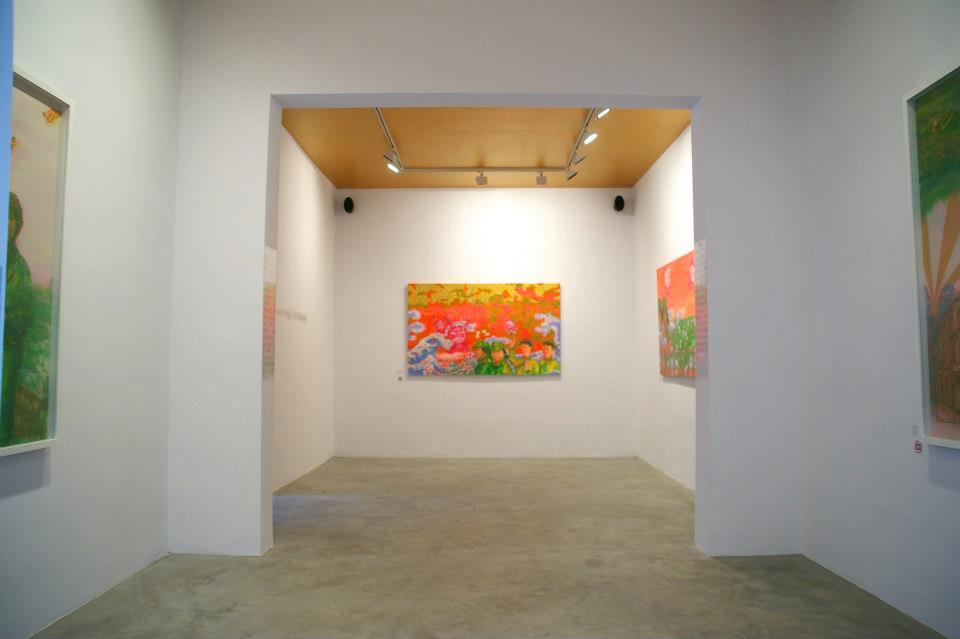 The Bui Gallery presents “Not Memory”, an exhibition of contemporary paintings by Hanoi artist Ha Manh Thang. Opening reception for the artist: Saturday, April 10, 2010 6pm – 9pm Exhibition: Sunday, April 11 – Monday, May 3, 2010 Ha Manh Thang was born in 1980 in Thai Nguyen, Vietnam. He left his native province in the north of Vietnam to study at the Hanoi University of Fine Arts, from where he graduated in 2004. Some of his paintings belong to the Singapore Art Museum's permanent collection. He now lives and works in Hanoi. Ha Manh Thang's work reflects today's social life in Vietnam. With bright colors, he uses acrylic on paper and canvas to combine the symbols and signs of both tradition and modernity. His paintings depict the new Vietnam after Doi Moi, when the opening up brought economic progress and a new taste for expensive branded goods from Western countries. His work also speaks to the widespread desire and need to preserve Vietnamese heritage and traditions. It is this well-known dichotomy, the juxtaposition of East and West, traditional and THE BUI GALLERY modern that makes his work so poignant. It is his fresh perspective and unique interpretation that makes his work so remarkable. “Not Memory” is a maturation of Ha Manh Thang’s earlier work. The artist reinterprets and collages together old photographs of Vietnam, motifs from Japanese, Chinese and Western artistic traditions, logos of well-known brands and images from daily life in stark, bright colors on large canvases. He has been compared to Chinese artist Yue Minjun for his bold style and to Wang Guanguyi for turning his carefully critical eye on society as a whole. The variety of painting techniques he employs adds another dimension to his work. Stencils, drips, flat planes and careful figurative renderings leave us in awe of the breadth of his skills. He incorporates ancient Chinese and Japanese modes as well as following in Andy Warhol’s footsteps, firmly placing himself in the Pop generation with his use of modern icons and symbols. He continually supports a dialogue between Vietnamese history and collective memory and visual references from the West. At first we see a mixed composition with seemingly playful nods to pop culture, consumer culture and the culture of memory. But on closer inspection, we can see something that is not playful, but rather a careful and deep consideration of a people’s history, memory and identity. Ha Manh Thang wants us to think about the power that memory has over our lives and how we cope with constant change and its remembering. The artist says of his new series: “No doubt memory is like a thorn which pricks you when you think of it. Whether it is meaningful or meaningless depends on how we think the past and our collective memories have had an impact on us; but the past is over and cannot be changed now. Collective memory like ocean waves wash over from this generation to the next as we consider together each part of history. Finally, producing these compositions for Not Memory has made me realize that “MEMORY IS NOT MEMORY” if we recognize its different impacts on each of our lives and our souls...” Ha Manh Thang has recently been a part of the exhibition Art Scene Vietnam at IFA-Gallery Berlin, where he and ten other artists pieced together one complex image of the contemporary art scene in Vietnam. As the only painter featured in the exhibition, Thang proved that his work remains wholly contemporary and relevant in an art world taken with video, installation and performance. This March, as a prelude to his solo exhibition, The Bui Gallery will collaborate with Rhys/Mendes Gallery at The Armory Show in New York and present Ha Manh Thang as a pioneer in his generation of Vietnamese artists. Thang has also recently been featured as the only Vietnamese artist in Painting Today, printed by Phaidon Publishing.