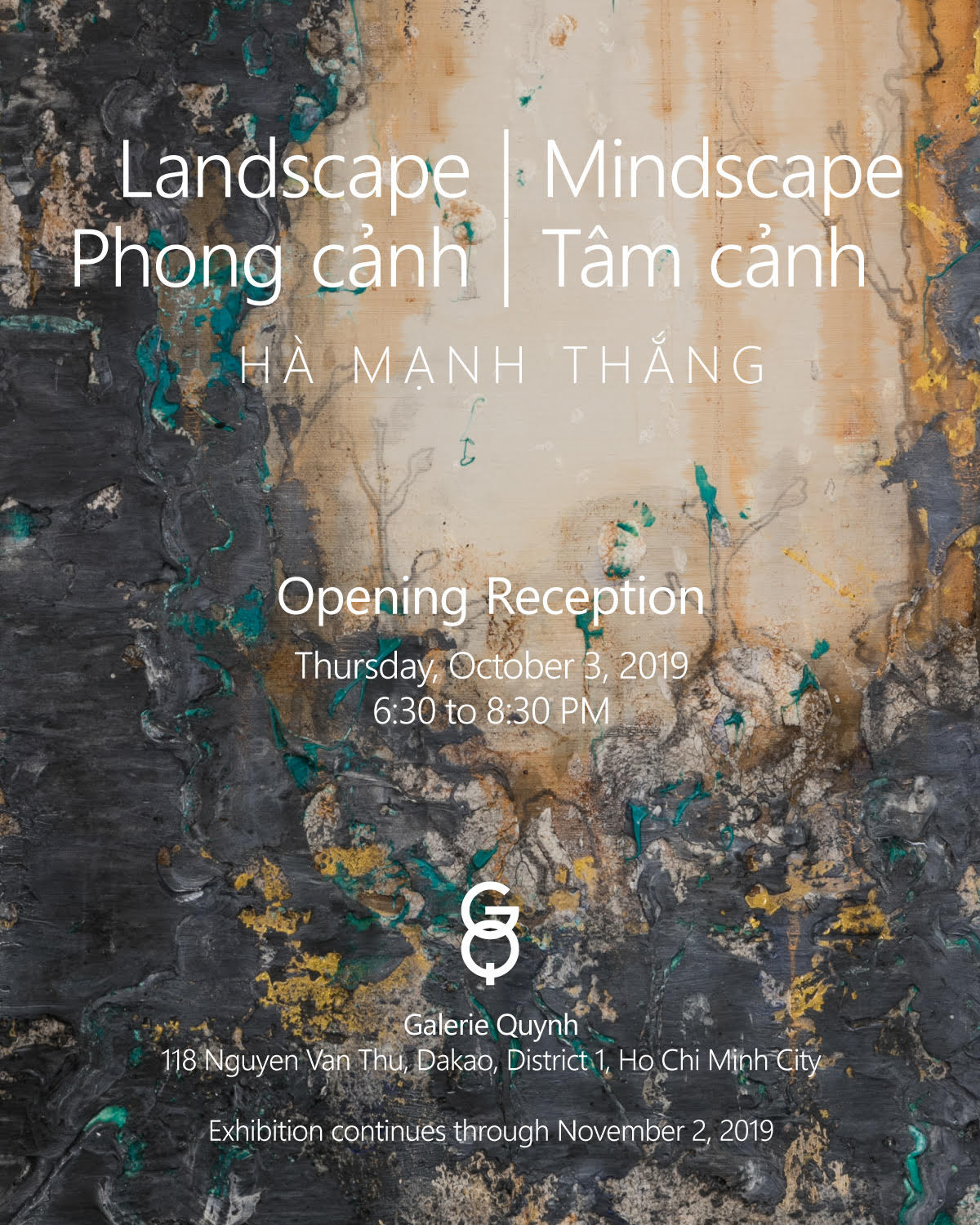 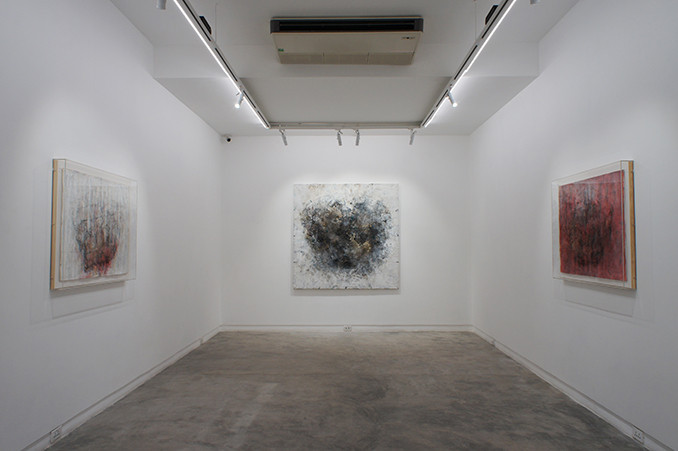 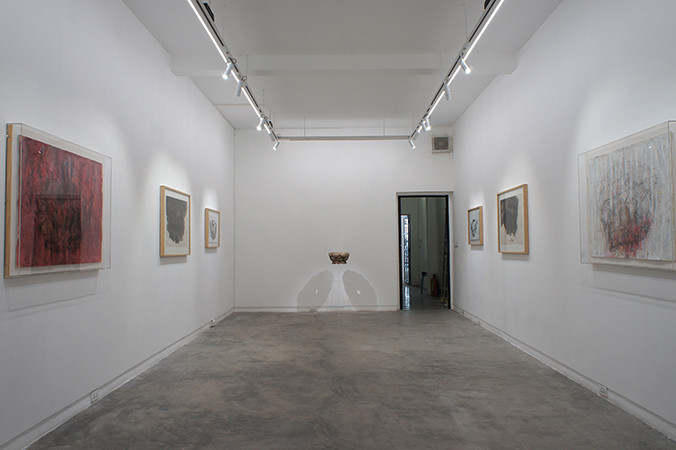 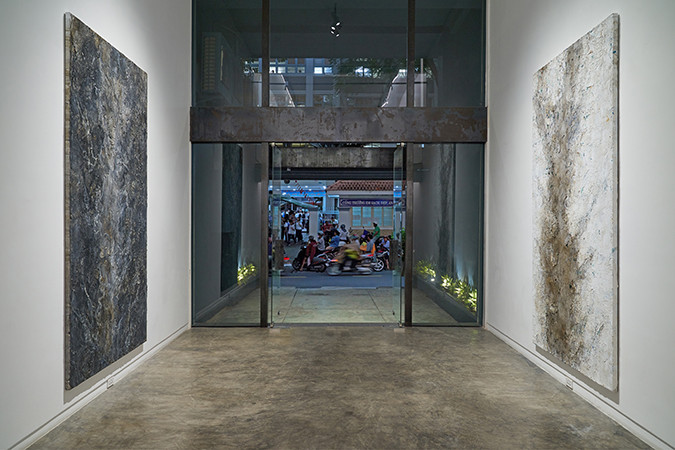 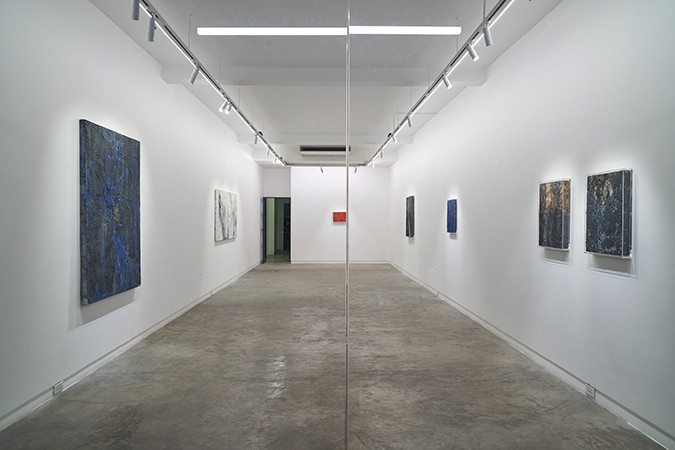 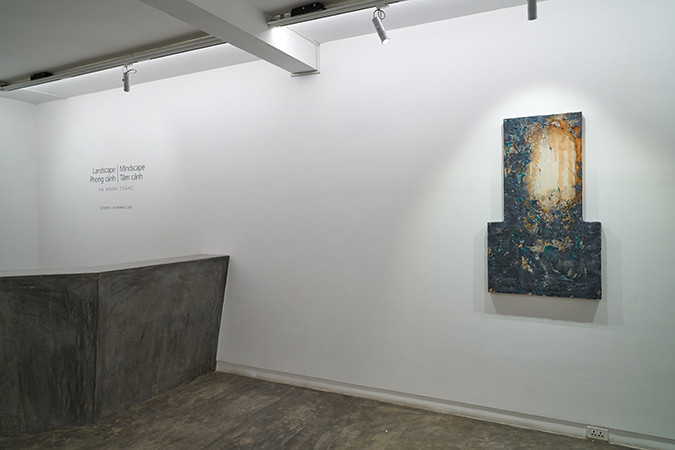 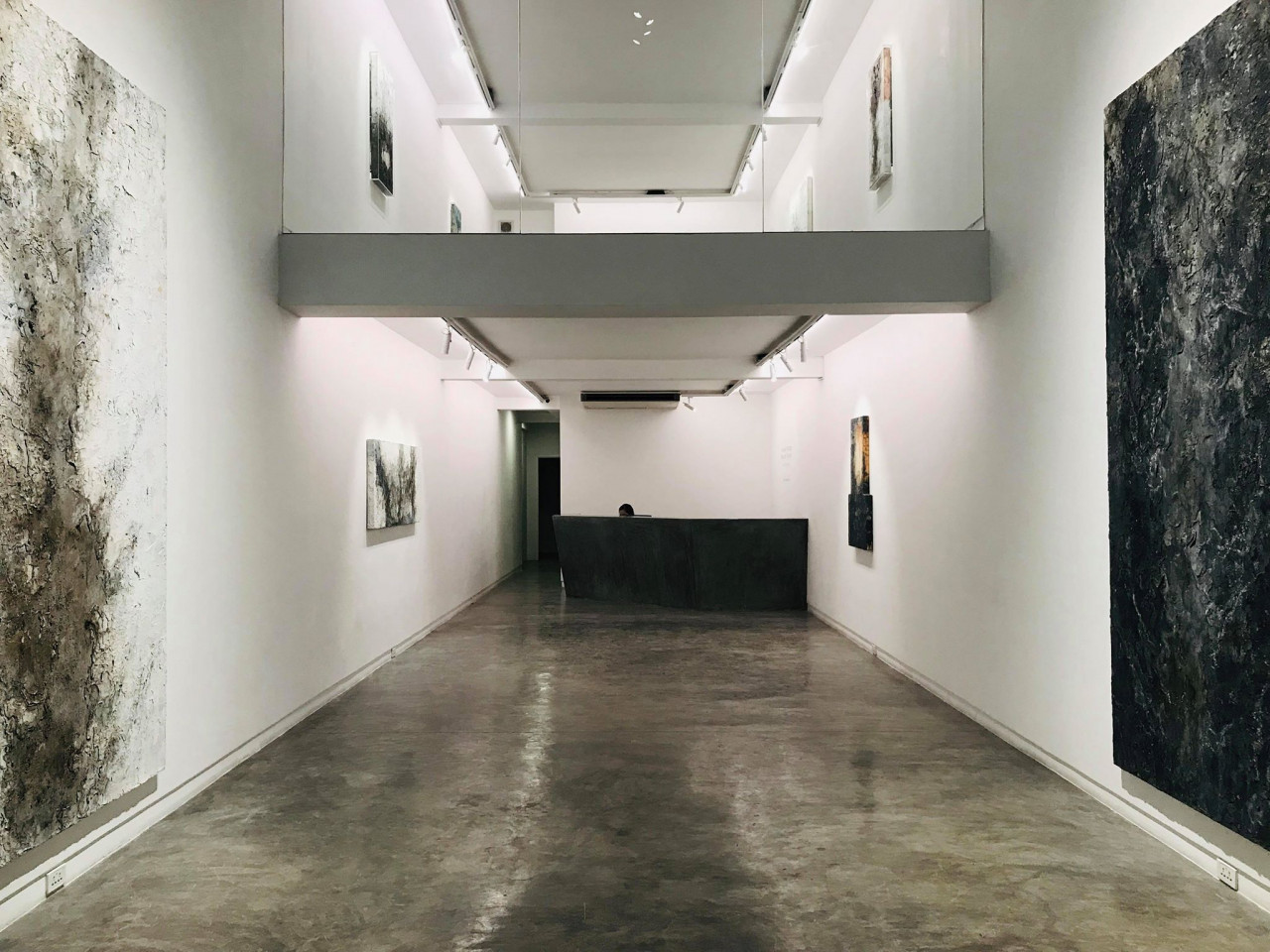 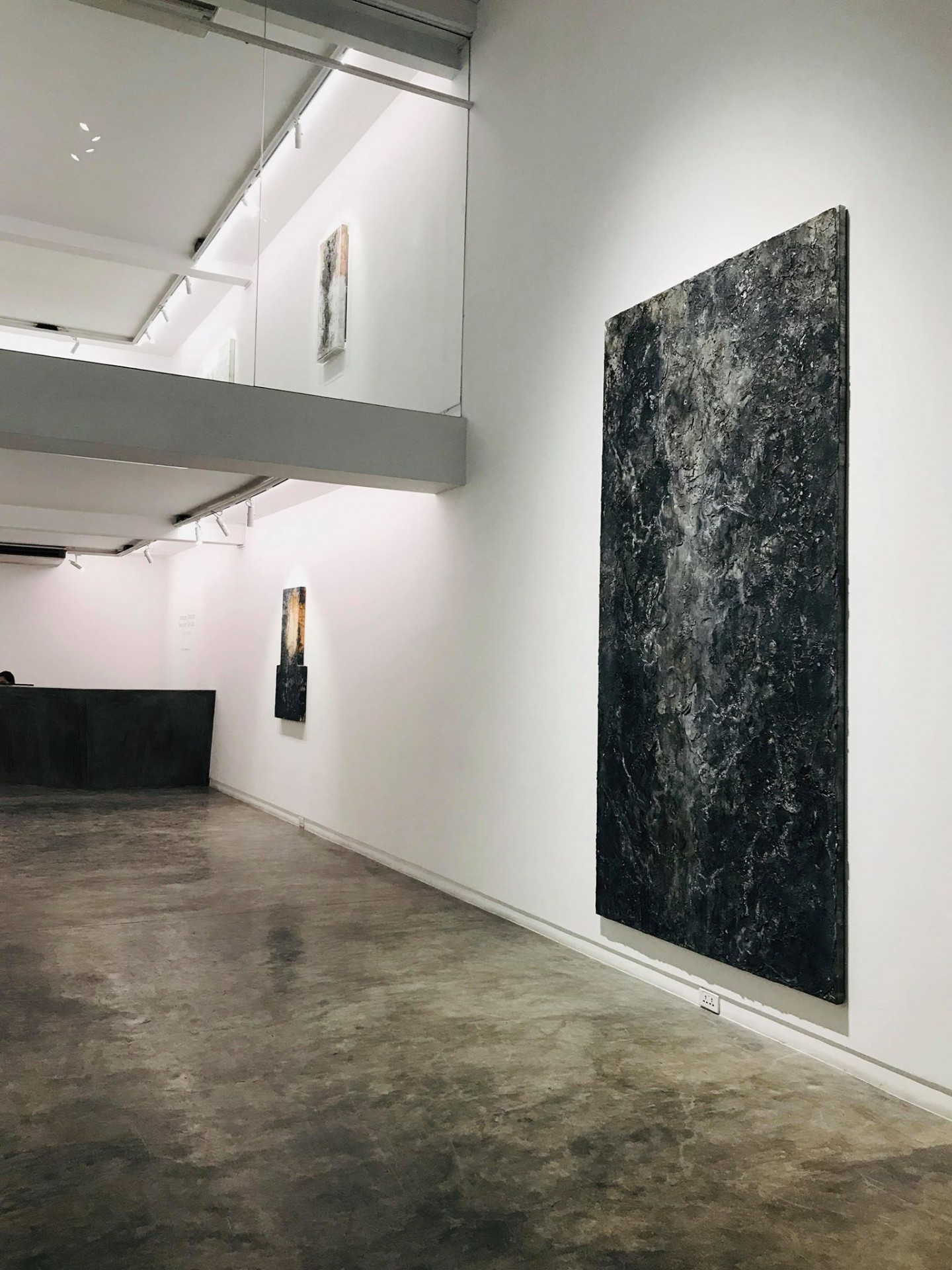 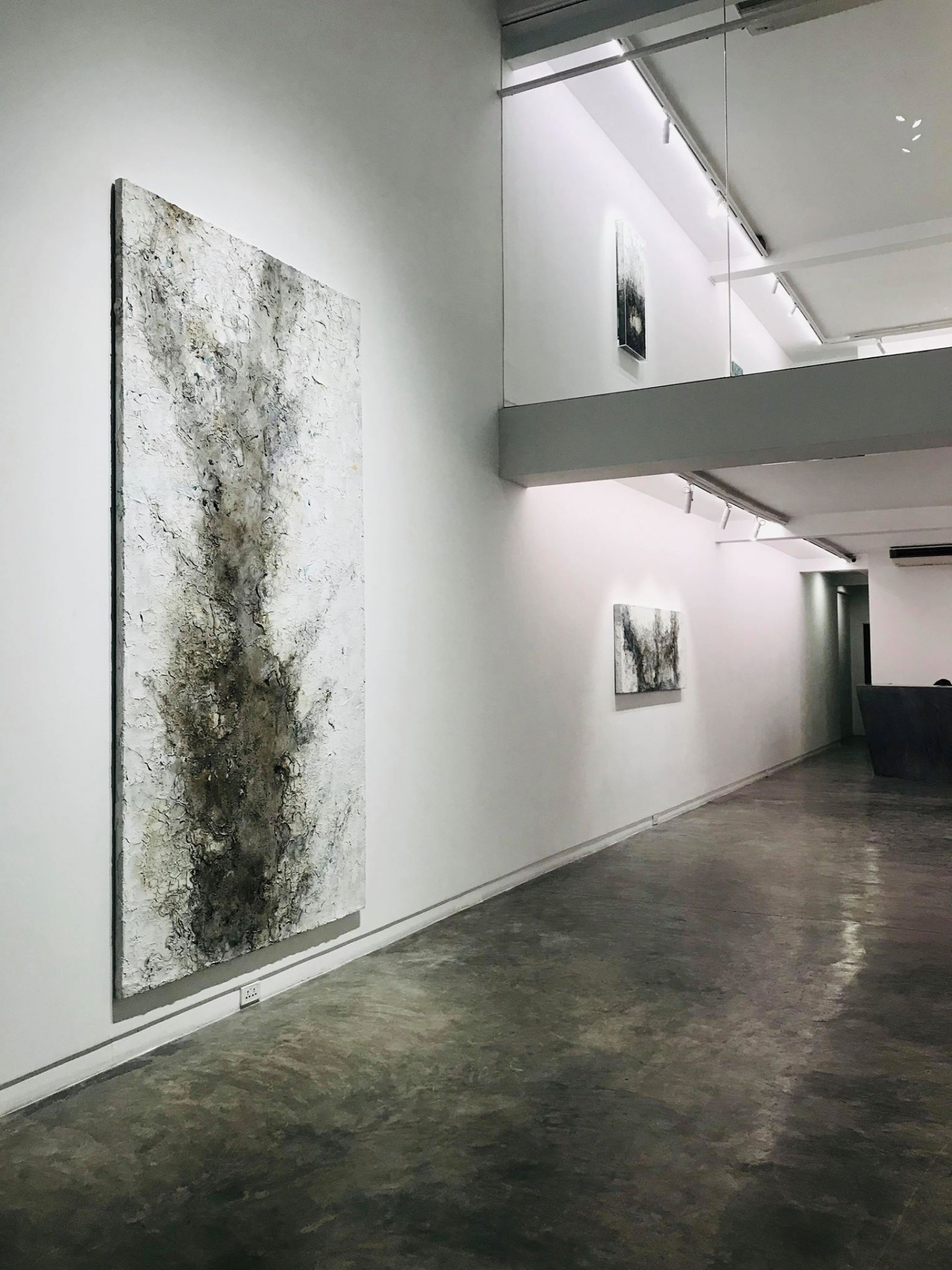 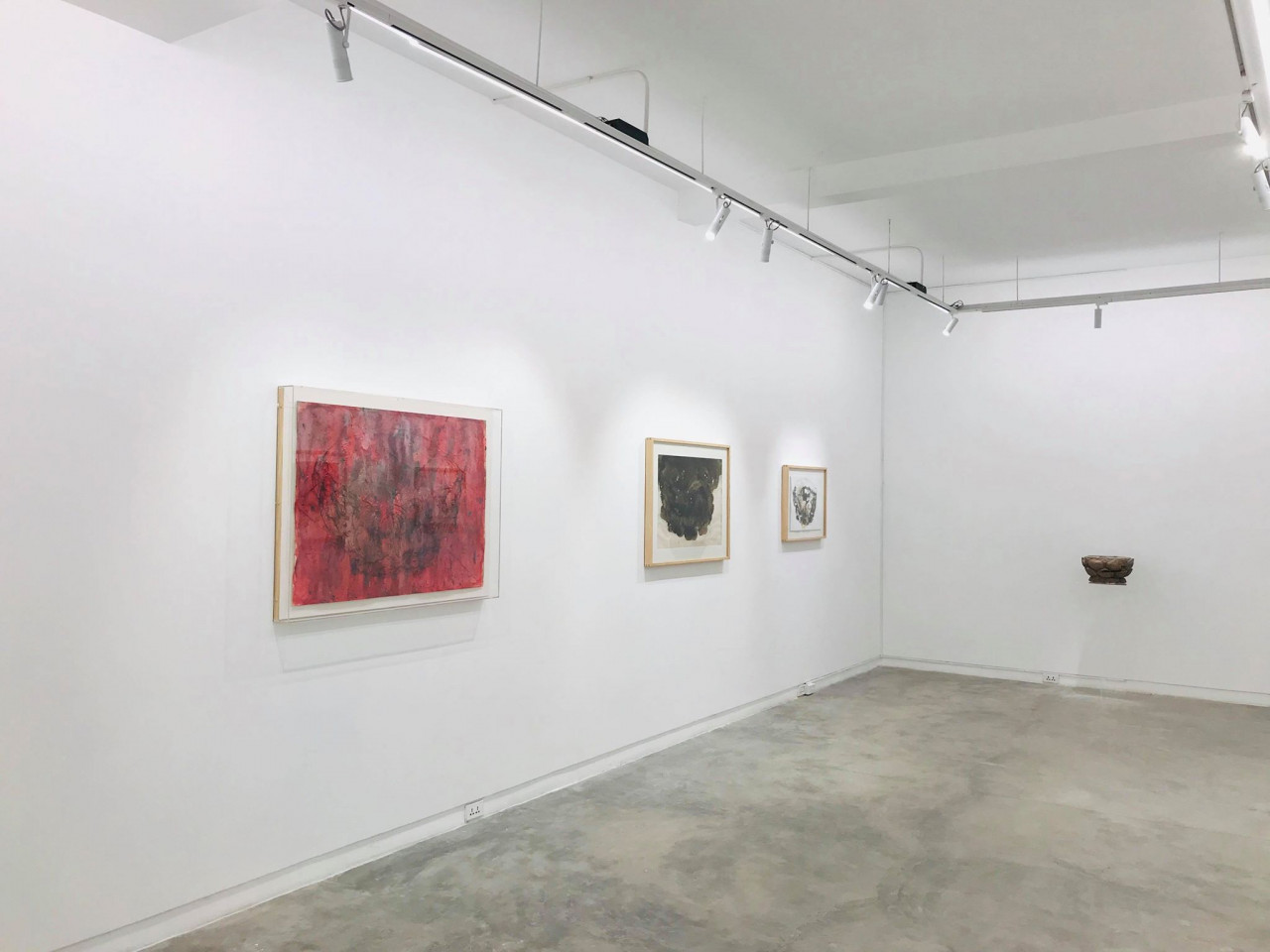 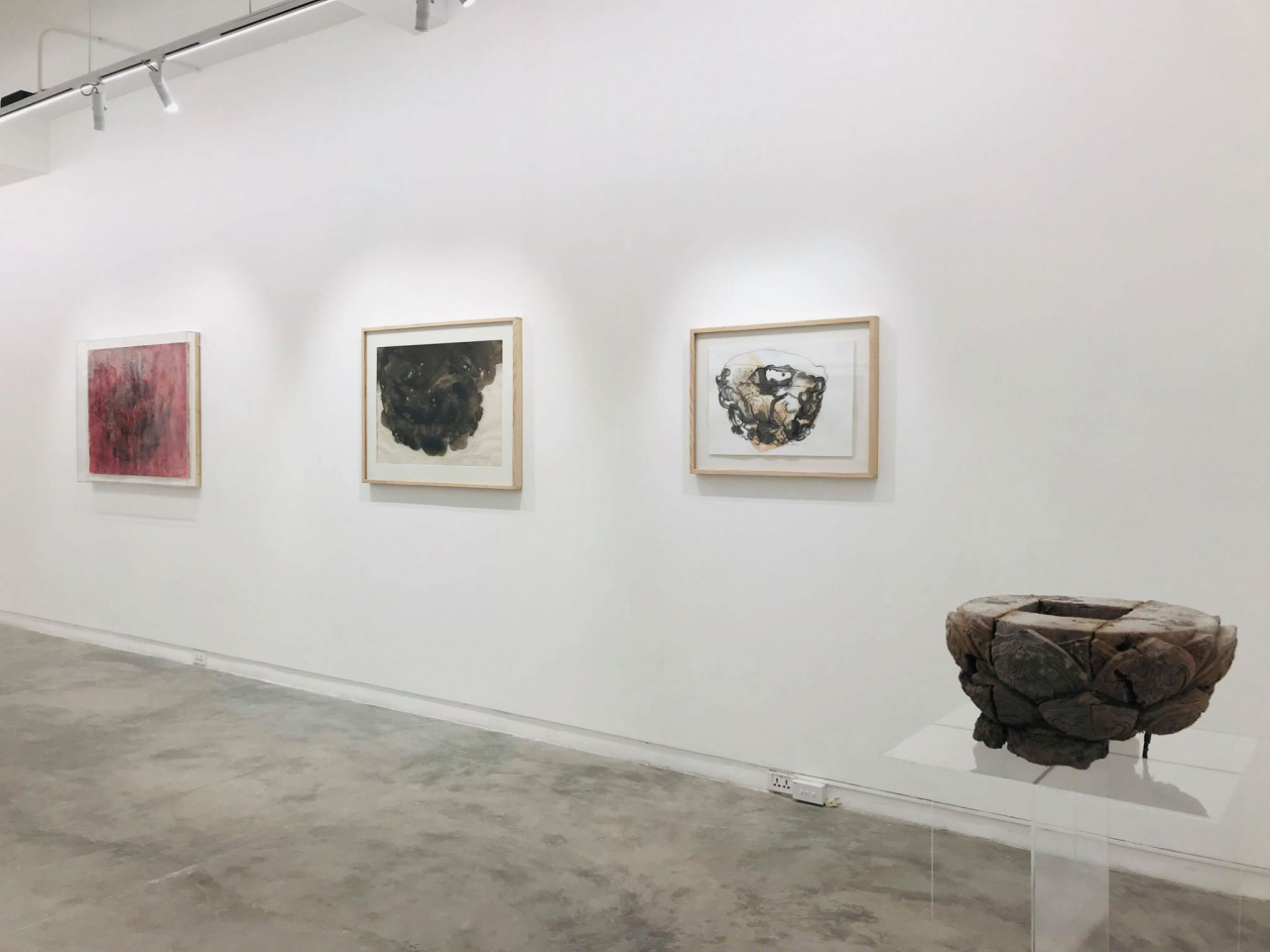 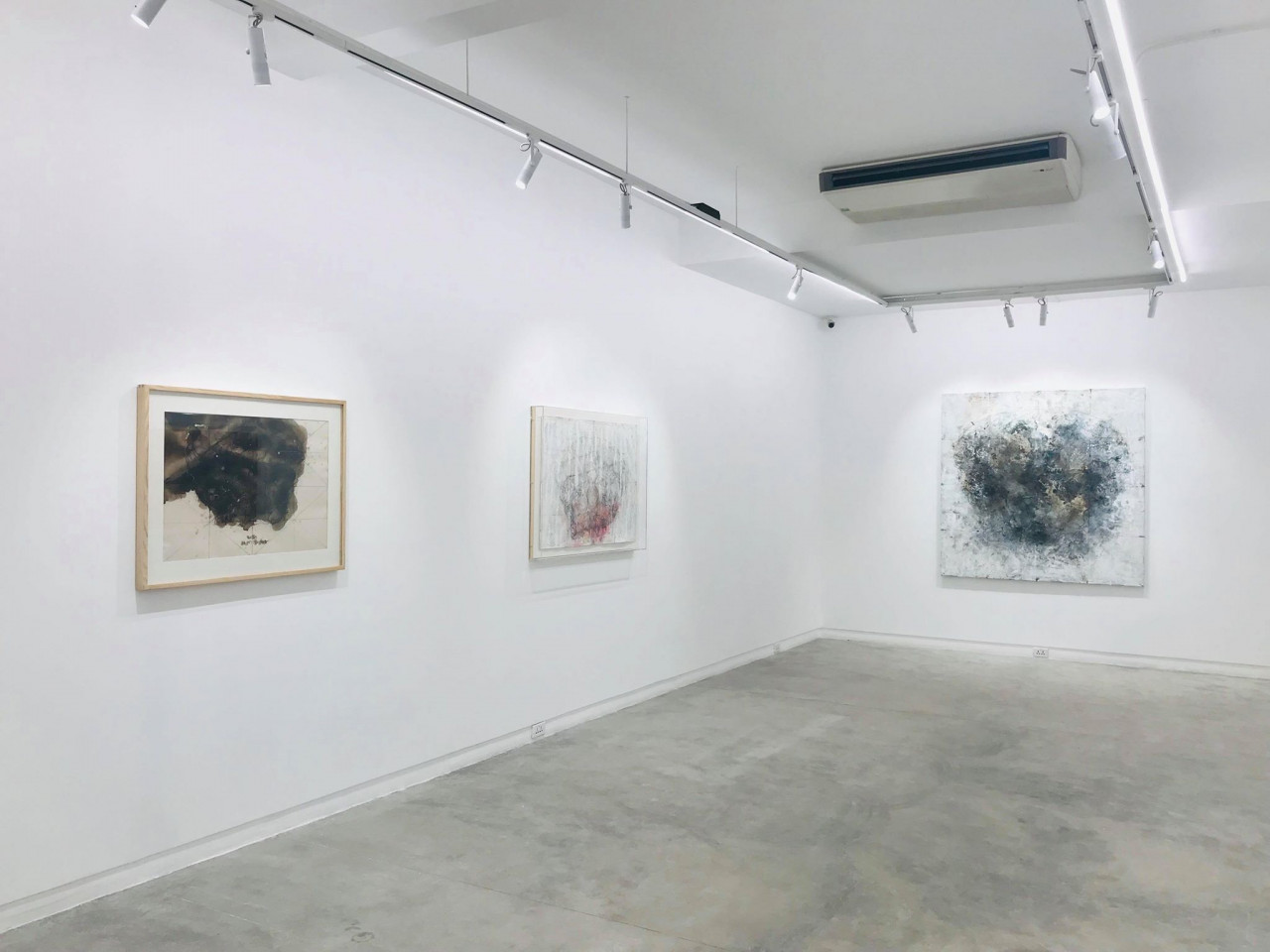 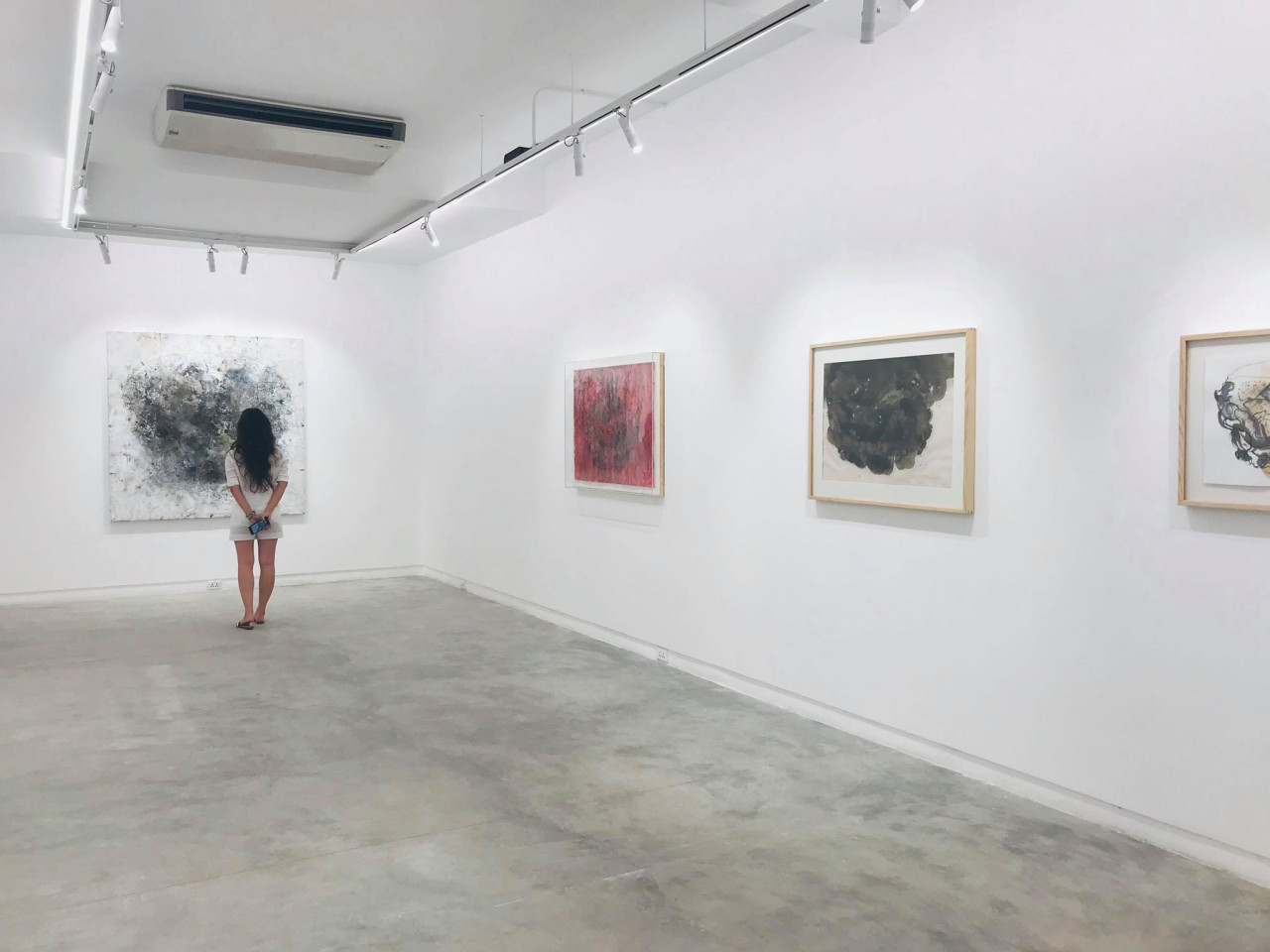 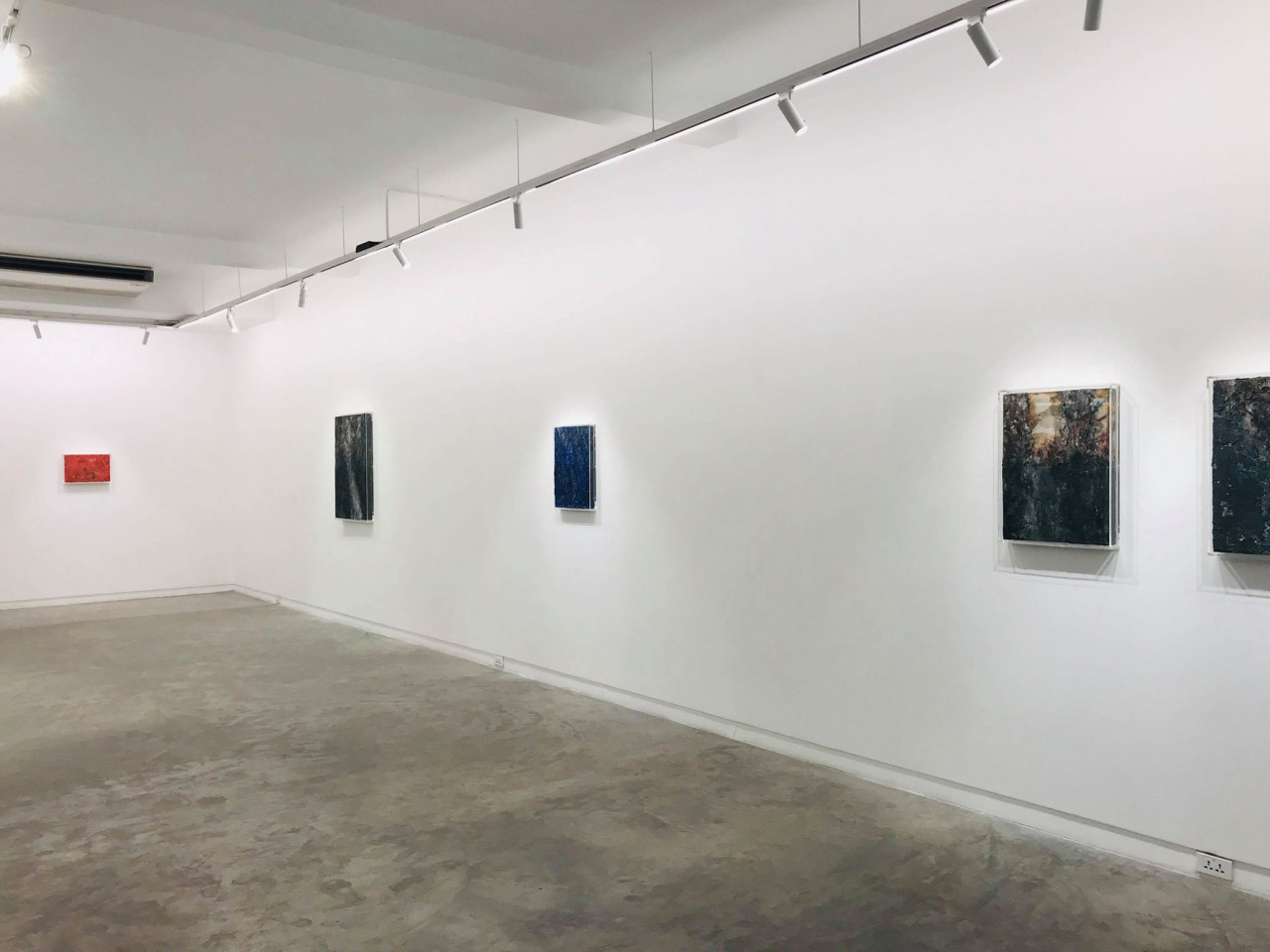 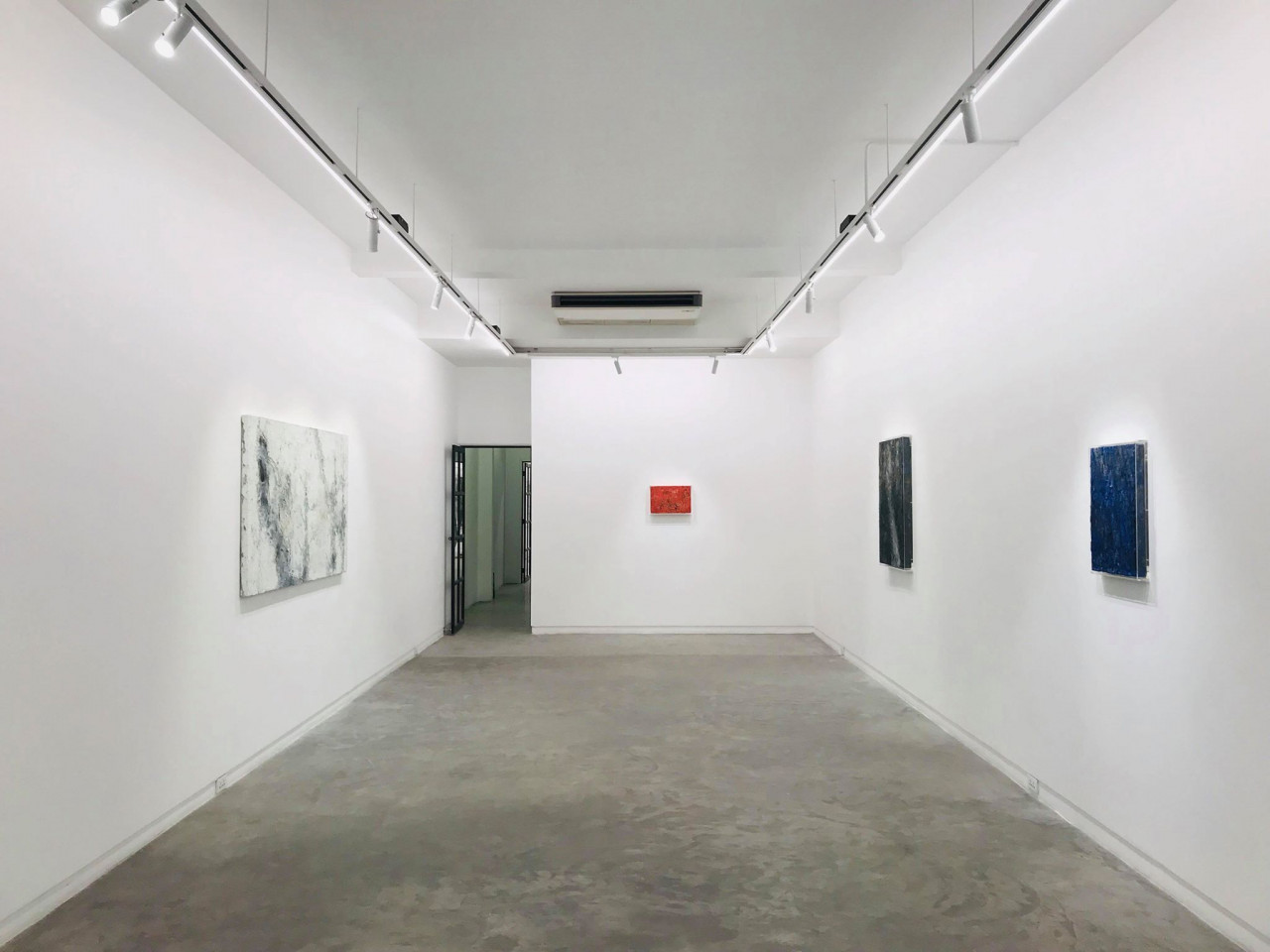 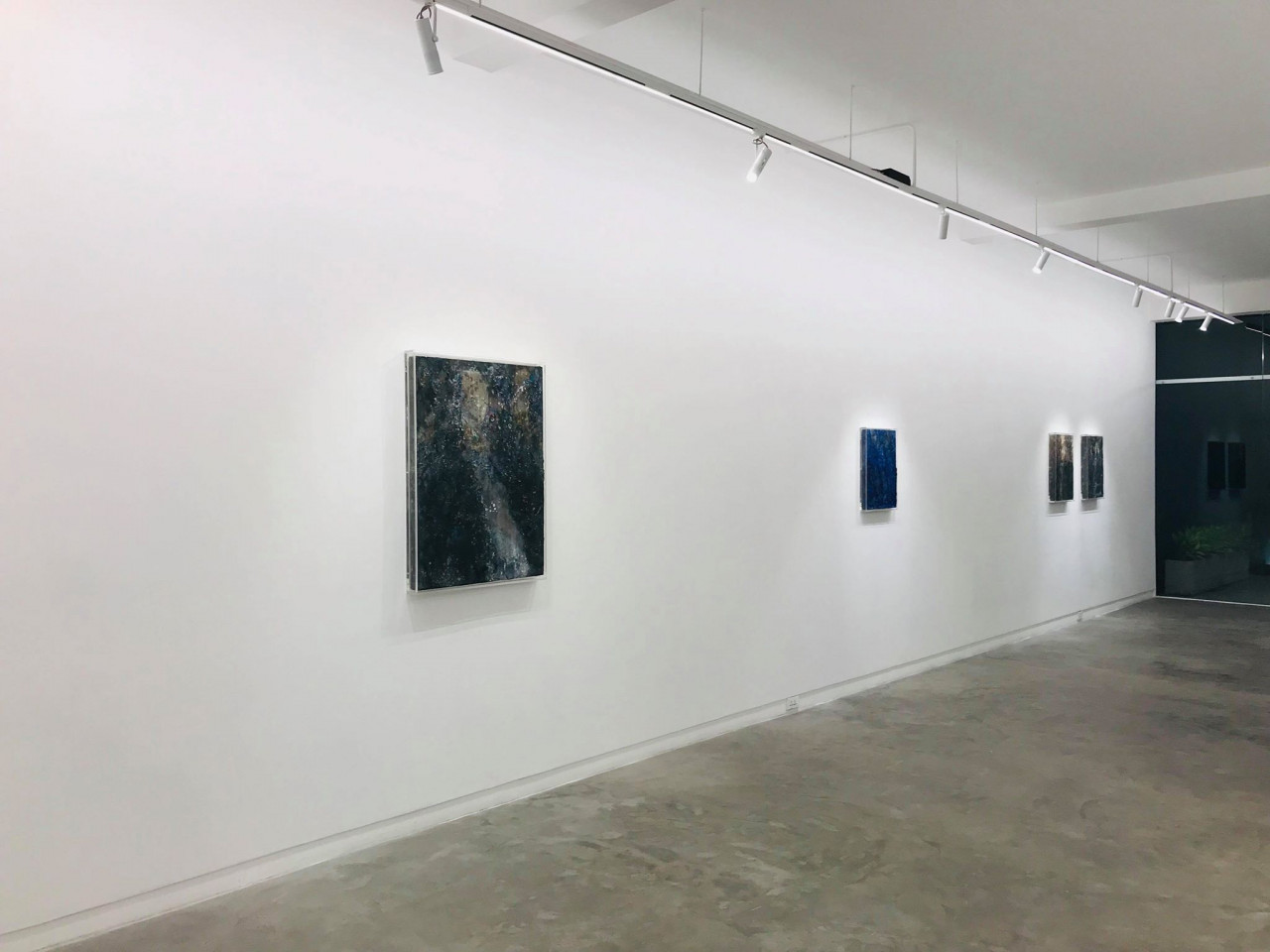 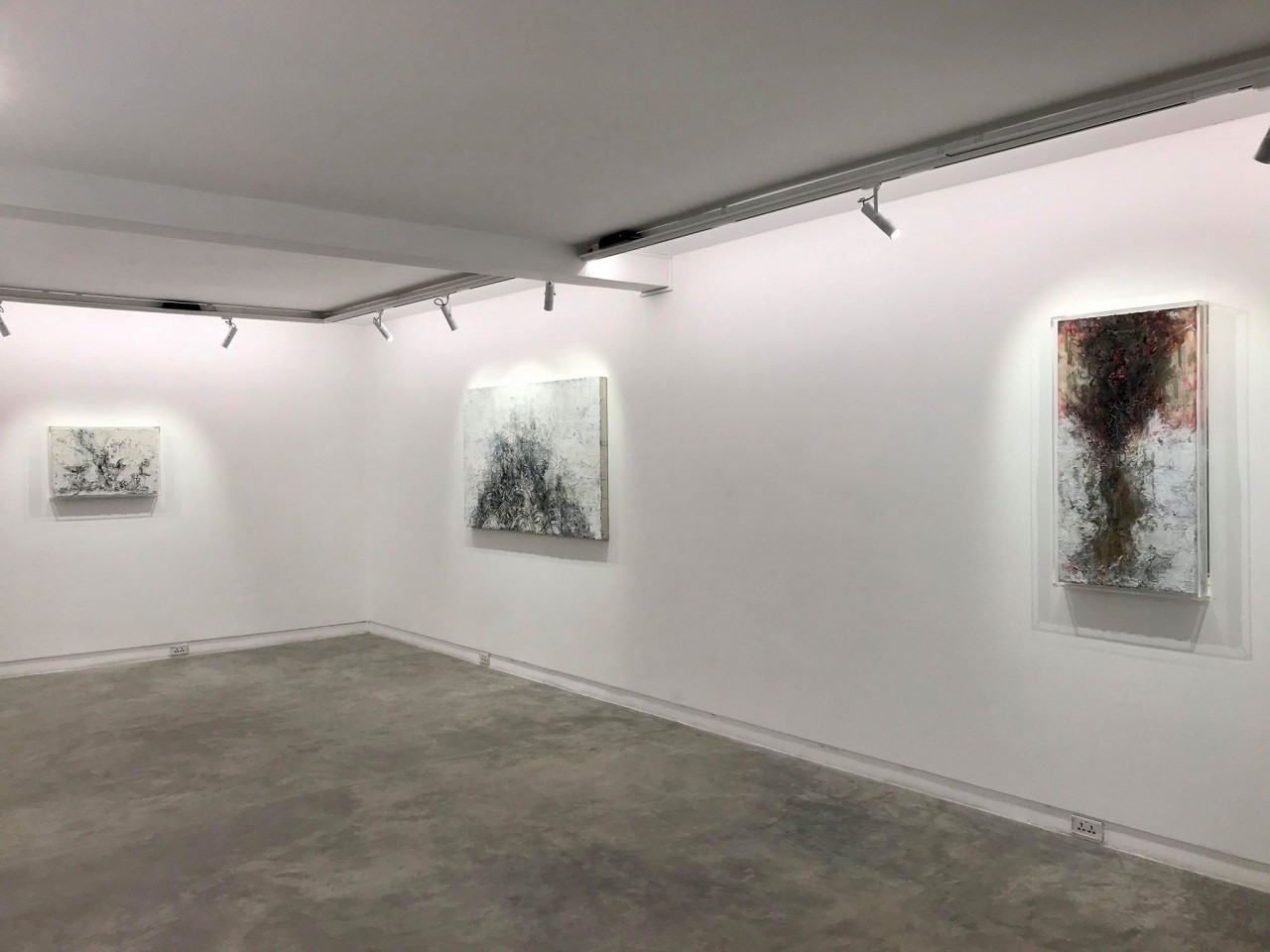 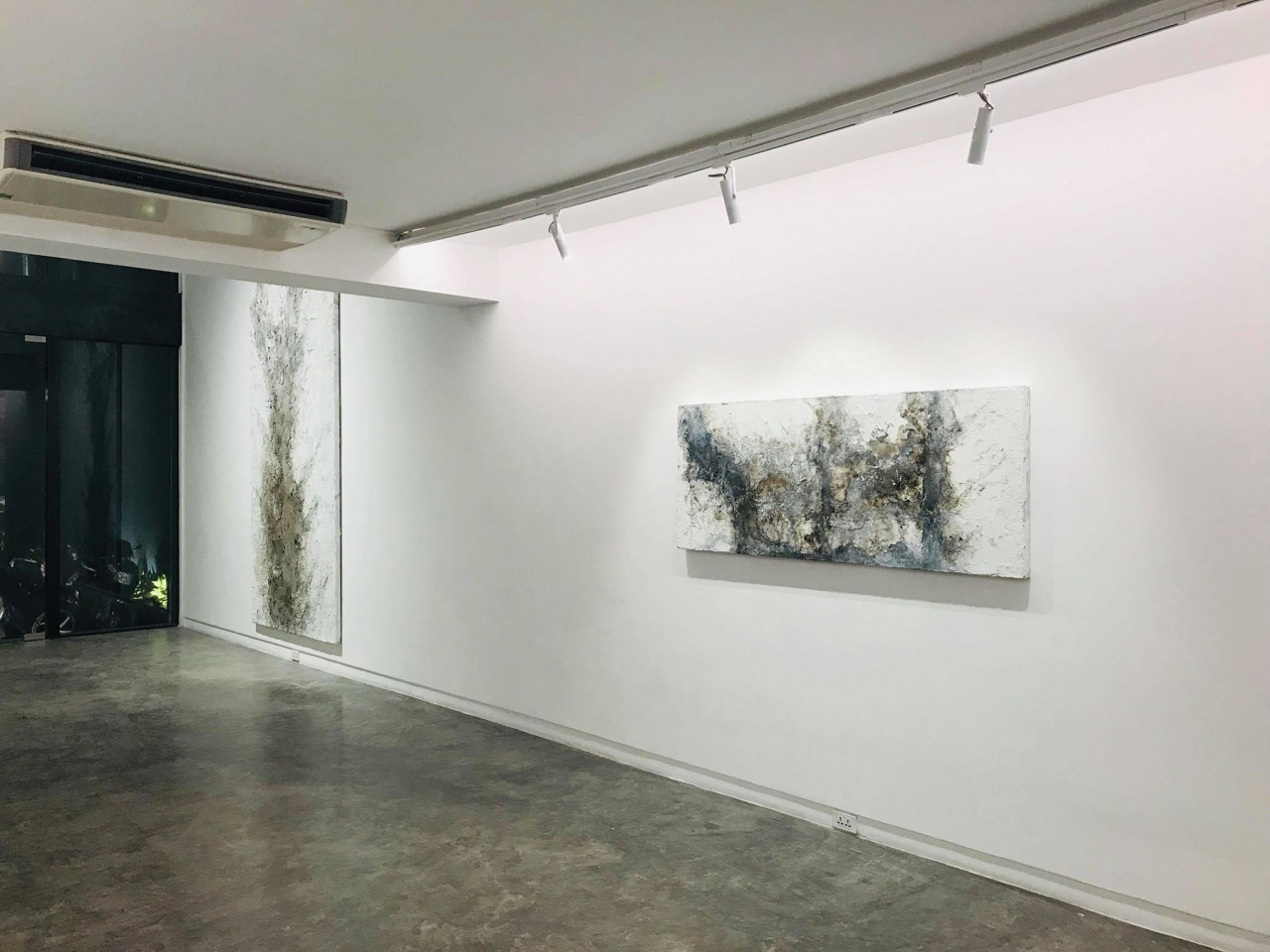 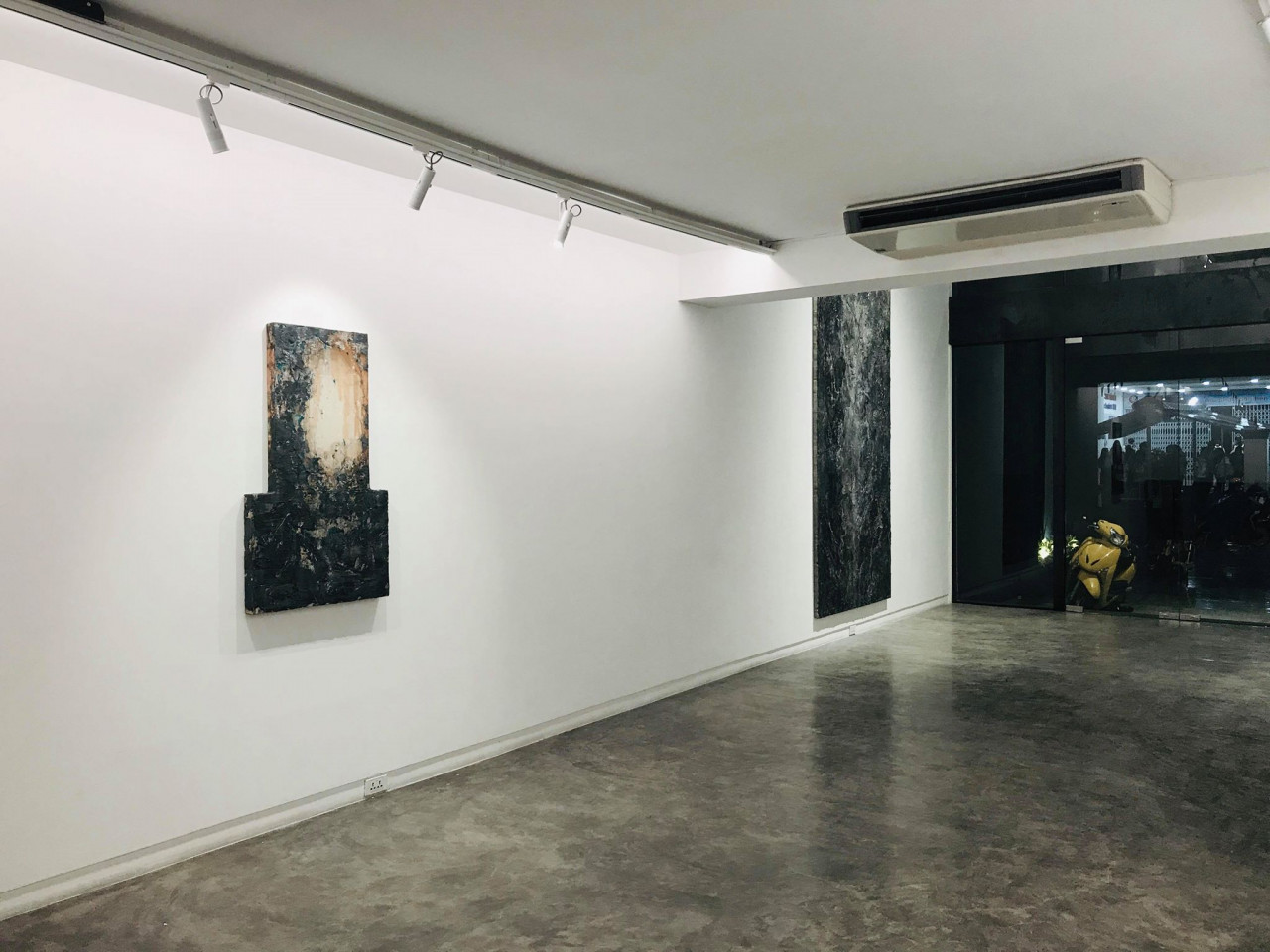 Ho Chi Minh City, Vietnam – Galerie Quynh is pleased to present Landscape | Mindscape, an exhibition of new work by Ha Manh Thang, one of Vietnam’s most accomplished painters. This is Ha’s third solo exhibition at the gallery.
Consisting of mixed media paintings on canvas, silk, and paper, the work, inspired by the artist’s extensive collection of Vietnamese antiques, evokes the change of the seasons, and the mixture of melancholia and awe experienced when viewing the remains of beautiful ruins.
Ha first began collecting antiques in 2002 while he was a student at the Vietnam University of Fine Arts, and he has never stopped, filling his light-bathed studio with exquisite lacquer and pearl- inlaid woodwork, glazed pottery, and ancient statuary from the antique shops of Hanoi. Ha’s work has always approached traditional Vietnamese craft and culture with a contemporary sensibility and an expressionistic flare. While earlier series followed the visual logic of the architectural blueprint or the landscape, depicting whole buildings and lakes in their entirety, the new work follows the logic of the still life, depicting antique objects in toto, or focusing on particular motifs appearing therein.
Notably, the new series includes several studies of a lotus shaped pedestal – a specific item from the artist’s collection, carved in wood in the early 17th to the 18th century during the Le Dynasty. Time and again he painted this lotus pedestal, which once served as a support for a statue of the Buddha, yet which now remains vacant, symbolically evoking the material foundations of spiritual belief as well as the erosion of history with the passage of time. Rendered both on paper and on canvas, the works on paper start off fairly straightforward, showing the lotus petals around the edges, and the vacant socket in the center. However, these studies become increasingly abstracted with each iteration until, in the ultimate painting of this subject on canvas, the pedestal has been reduced to a dark and blurry shadow, a withered ghost of what once represented purity.
The lotus pedestal studies are the most obviously representational works in the show while other works drift deeper into abstraction, subtly evoking images of trees and waves, drawn from such sources as lacquer boxes and pearl-inlaid panels. Most of the paintings were rendered on canvas, but in a new development, Ha has introduced silk into some of his works. By letting his thick impasto brushwork subside over the silk portions, the light is allowed to pass through, casting shadows on the wall behind and drawing the viewer deeper into the paintings.
Moving from the external landscape to the internal mindscape, the starting points from which Ha paints fade into obscurity, and in their place, sensations arise. The chill of a Hanoi winter’s night, or the morning light breaking through the trees in spring: these subjects are not depicted so much as evinced, inviting us to experience the perspective of an artist who paints not just what he sees, but what he feels: bittersweet beauty amidst decay.

Notes on the exhibition