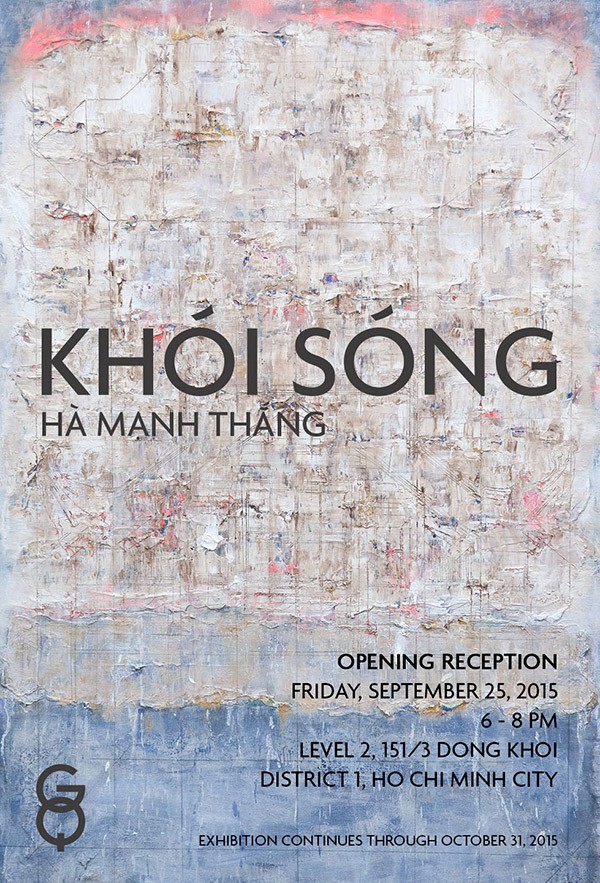 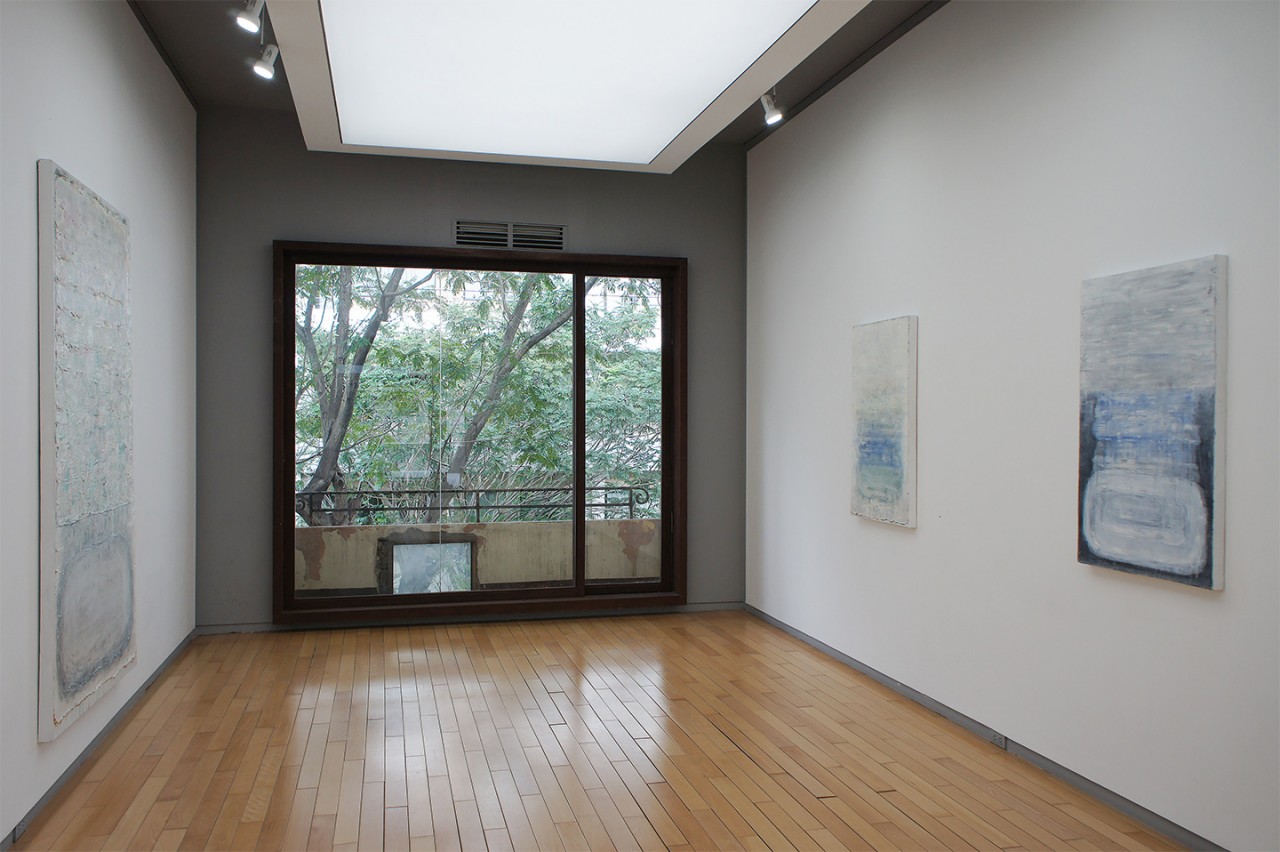 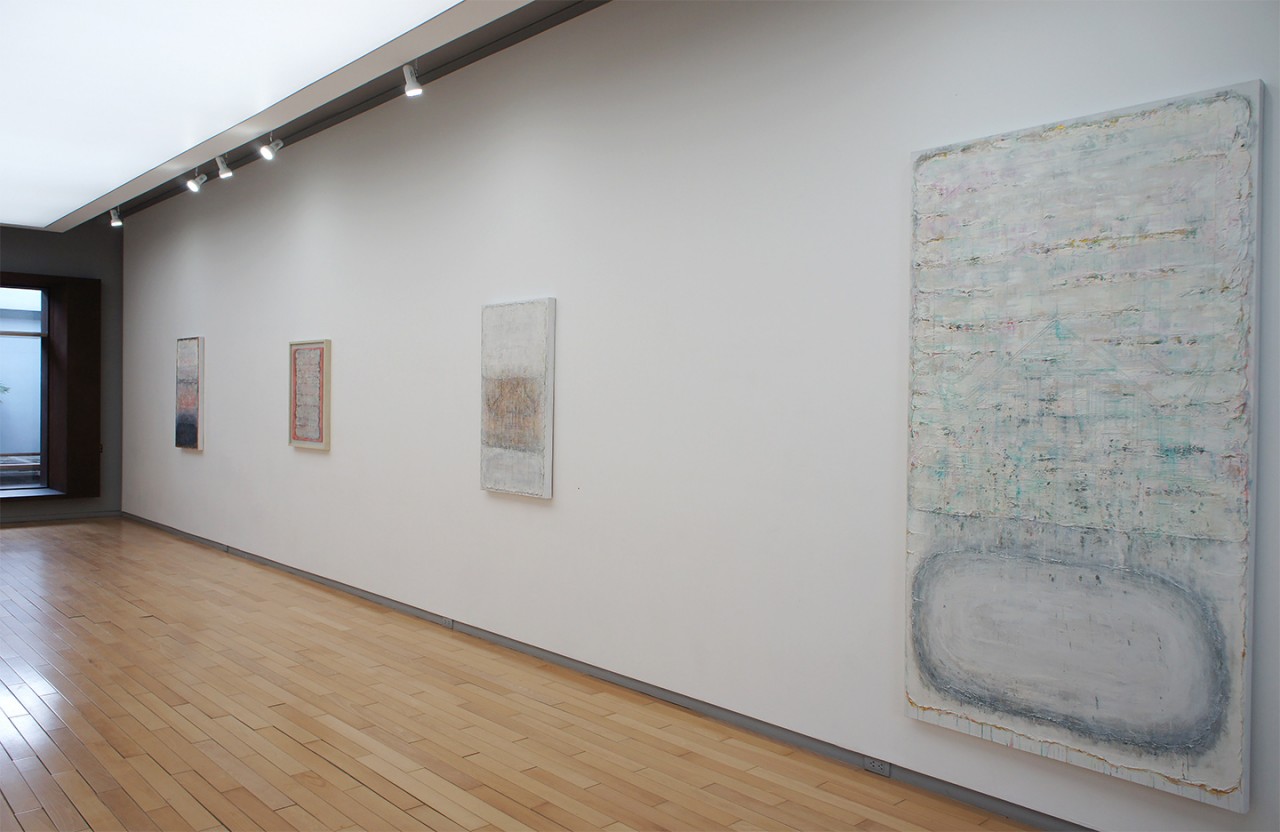 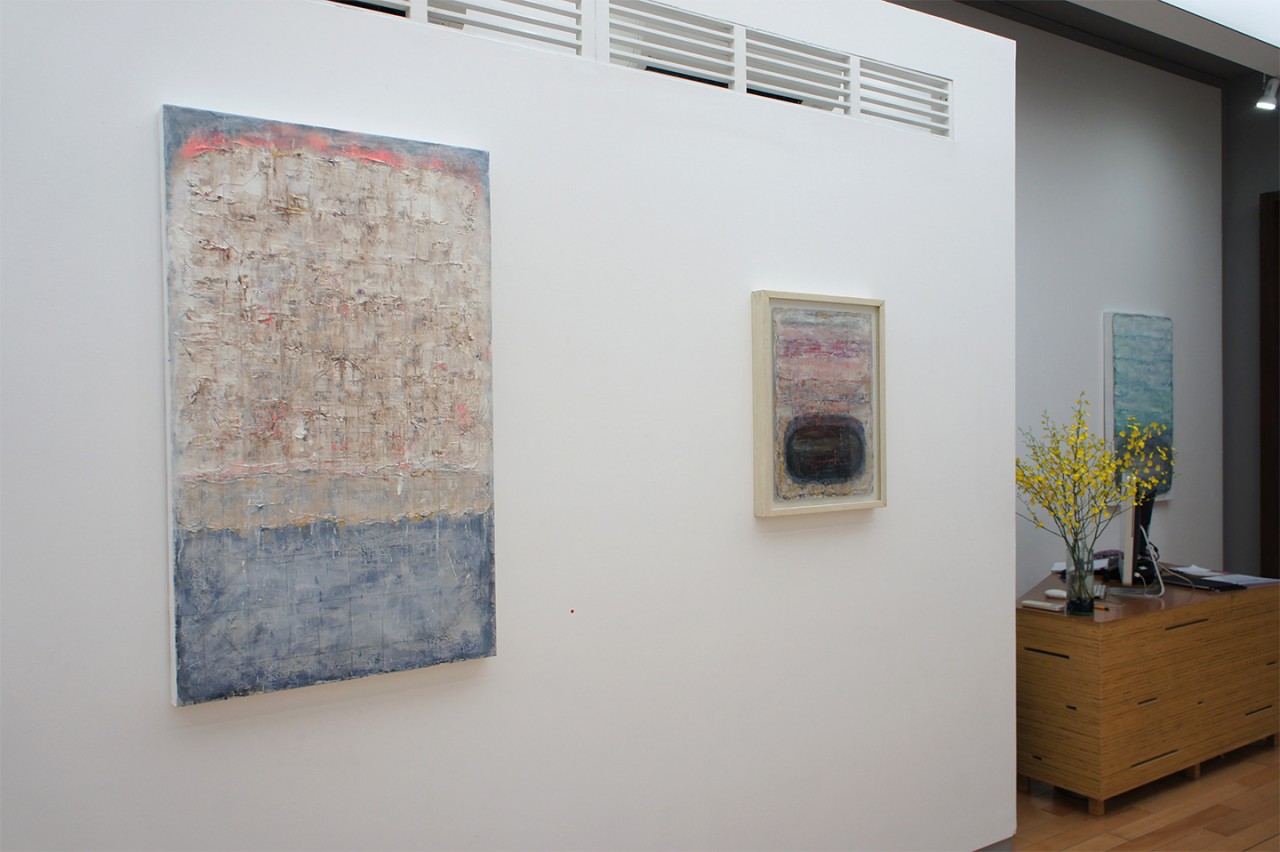 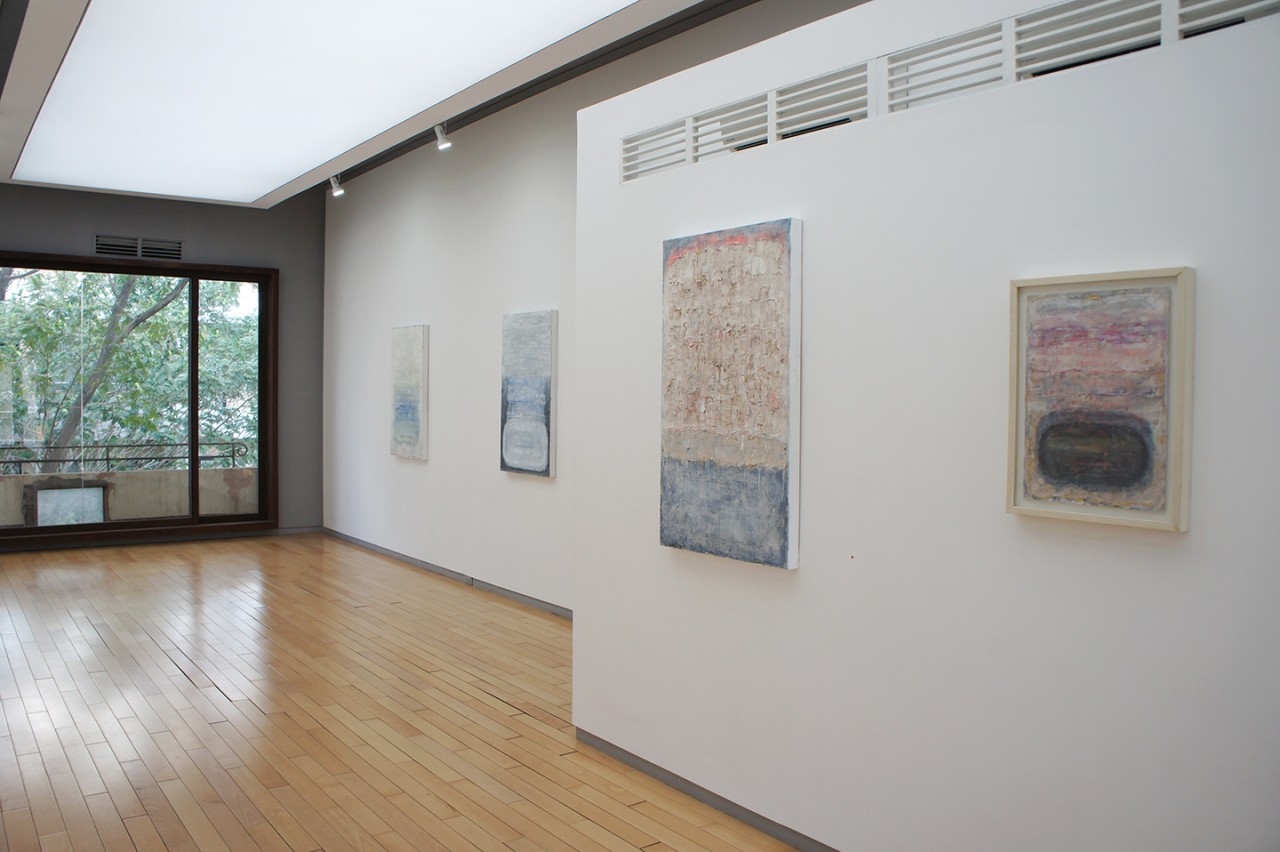 KHÓI SÓNG reflects the artist’s ongoing engagement with Vietnam’s culture and history and belongs to the larger ‘Vietnam Landscapes’ project (2010 – present), which began with the artist’s observations of some of the country’s most iconic structures and sites and the ideologies and roles they embody. The new work marks a dramatic shift from depicting symbolic, physical structures to pondering the metaphysical question of non-existence. A poetic meditation on the passage of time, memory and place, the paintings speak to viewers about mindfulness and the vicissitudes of life.

The artist states, “According to ancient Vietnamese architectural concepts, lakes, or Shui (Water) have a close connection with the philosophy of Feng-shui. A small pond, a lake, a stream or a river in front of a pagoda or a communal house, the latter seen as a silhouette with its existence in the former, is a common sight. I intended not to give clarity to the surrounding landscape, context and architecture. Instead I drew only the basic structural sketches through a vertical axis. On the top of each vertical structure along the axis, be it a pagoda or a communal house, I pictured its corresponding floor plan. As for the central architecture below, I painted it in the most basic structural format, i.e. cross section, floor plan, or elevation. Below each of these, I painted a different lake, with the silhouette of the pagoda all year round.”

By dividing the canvases into three registers, Ha Manh Thang seems to draw a parallel with the sea, earth and sky. The division between the three realms, however, is at times indistinct and the mood and atmosphere of natural weather patterns and conditions prevail. In contrast to his previous works, the new paintings are created with heavy impasto and favor a palette of soft pastels. Through the controlled layering of paint, precise etching and the casual presence and disappearance of the stenciled phrase ‘THIS IS HEAVEN’ or ‘THIS IS NOT HEAVEN’, Ha is engaged in a deliberate act of erasure and restoration – an apt metaphor for our own struggles of self-actualization.

KHÓI SÓNG refers to the smoke [‘khói’] on the waves [‘sóng’] in an ocean, lake or other body of water. Alluding to the atmosphere – the sound, humidity, fog, air – on the surface of water, the title is inspired by the 8th century Tang Dynasty poem Lầu Hoàng Hạc or Hoang Hac Temple by Thôi Hiệu. A reflection on the idea of home, Lầu Hoàng Hạc closes with a poignant if melancholic reference to haze on the river.

Established in December 2003, Galerie Quynh is the leading contemporary art gallery in Vietnam. Working with a select group of emerging, mid-career and established Vietnamese artists, the gallery also exhibits the work of distinguished artists from around the world. In keeping with its mission to support education and develop an infrastructure for the arts in Vietnam, the gallery collaborates with artists, curators and art spaces locally and internationally to organize talks and lectures as well as to produce publications in English and Vietnamese. In May 2014 the gallery founded the non-profit educational initiative, Sao La. Spearheaded by Ho Chi Minh City-based artists Tung Mai and Nguyen Kim To Lan, Sao La’s public programs include exhibitions, film/video screenings, workshops and lectures with local and international partners.