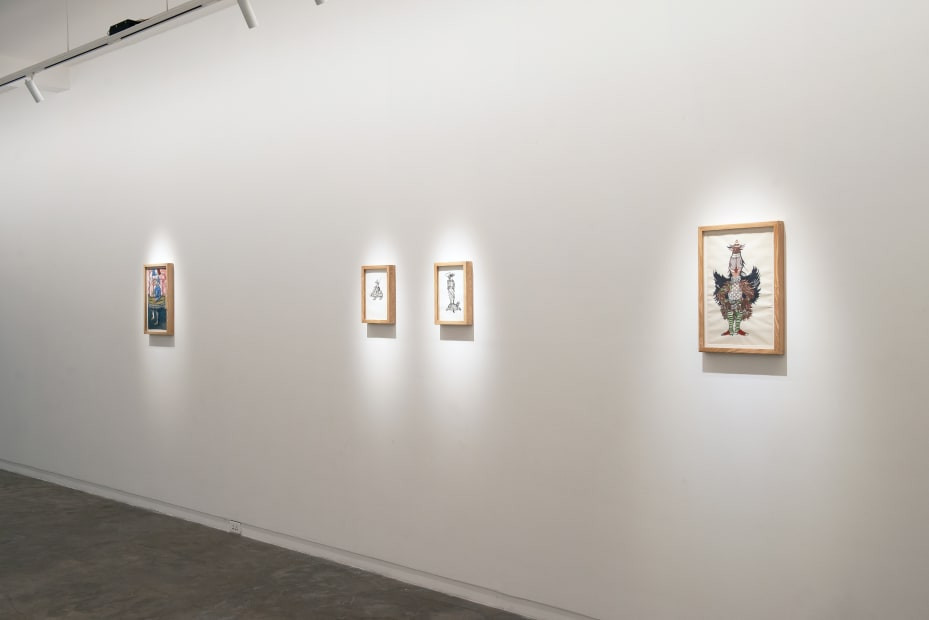 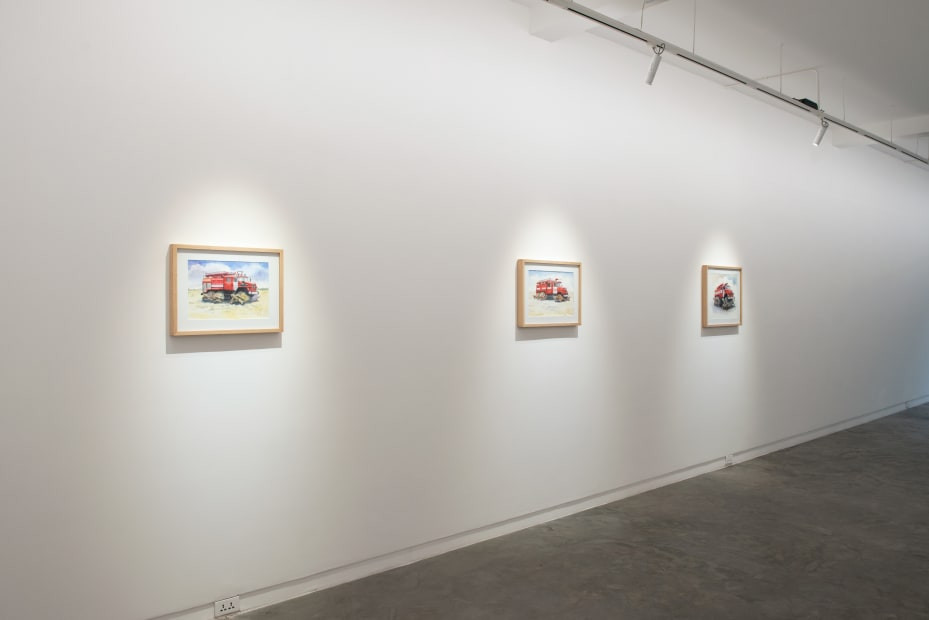 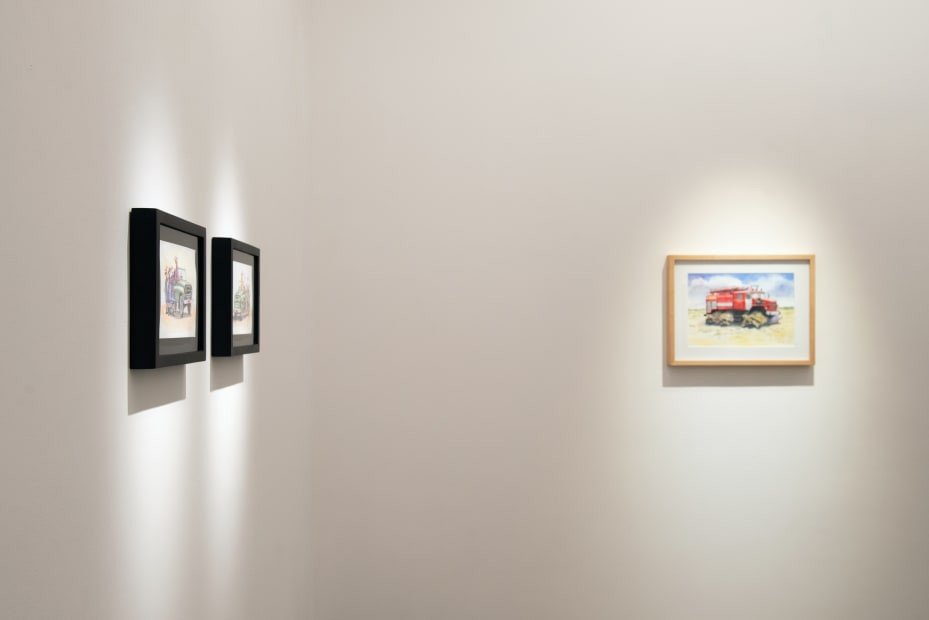 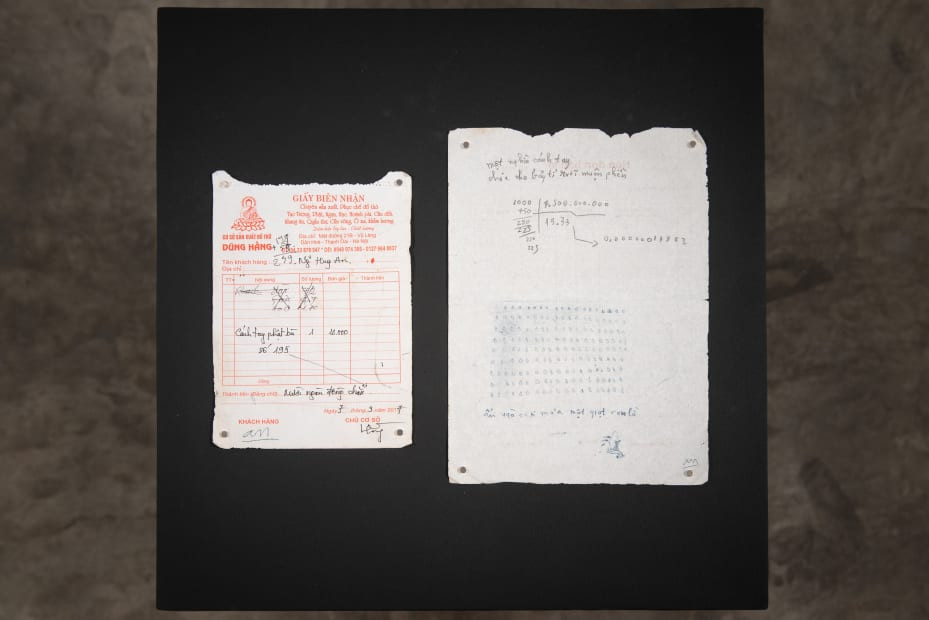 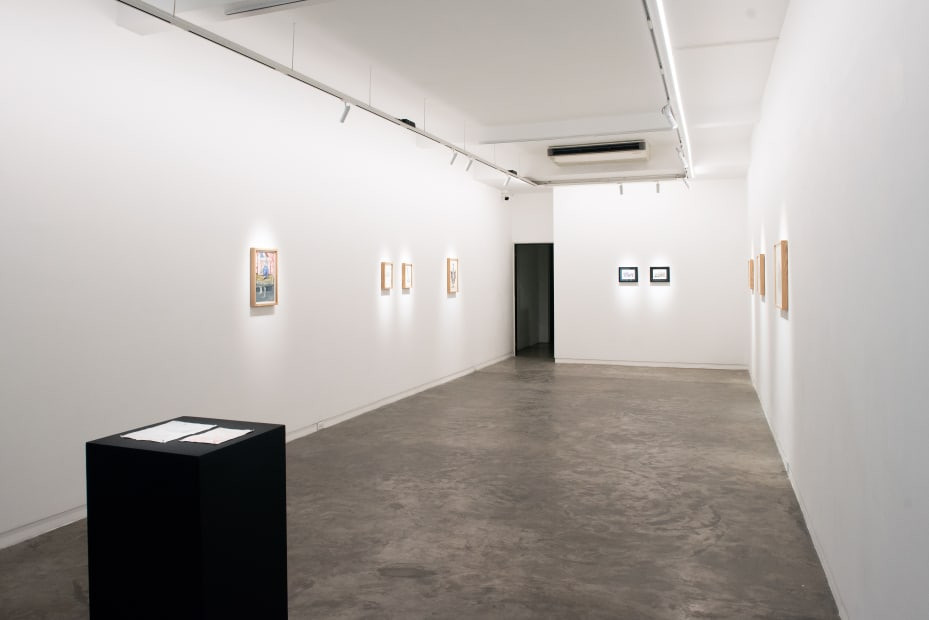 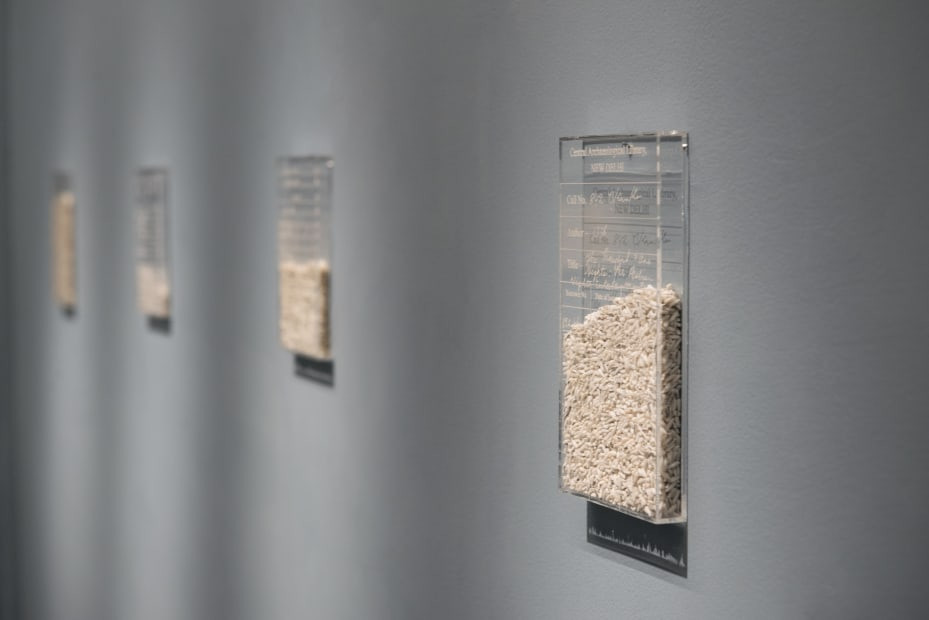 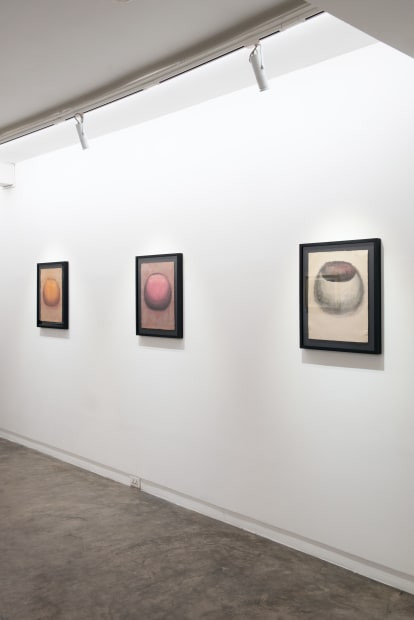 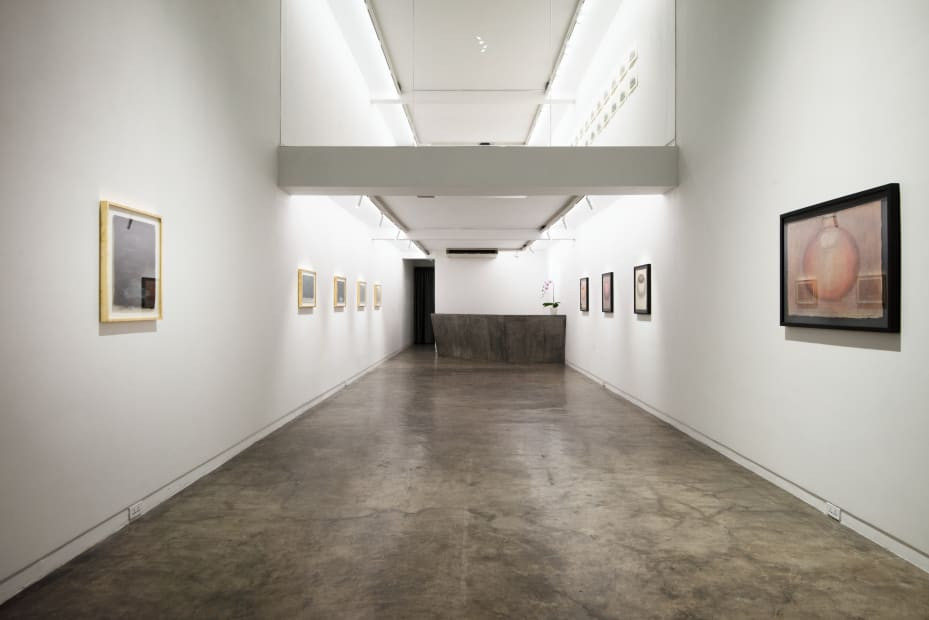 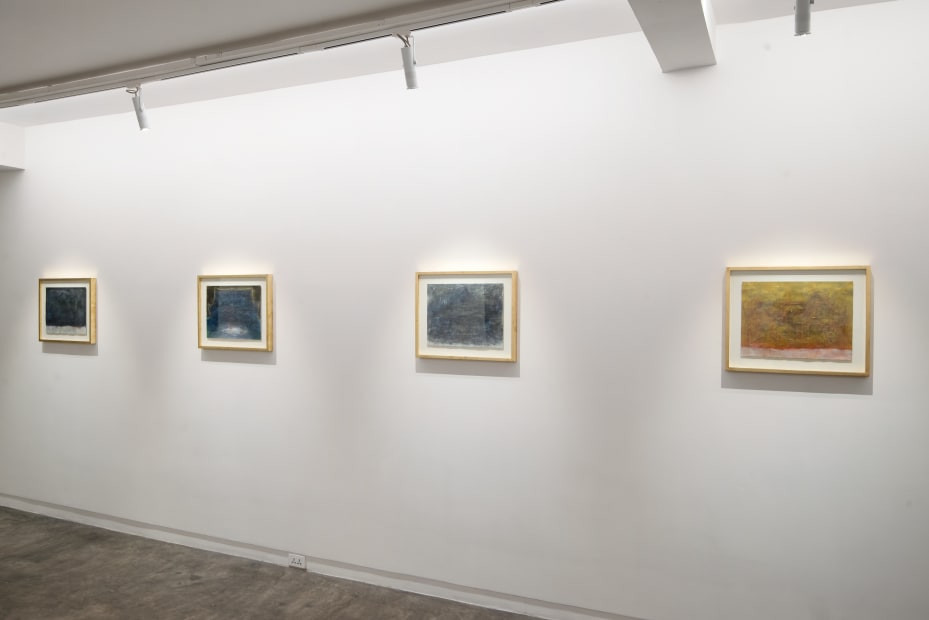 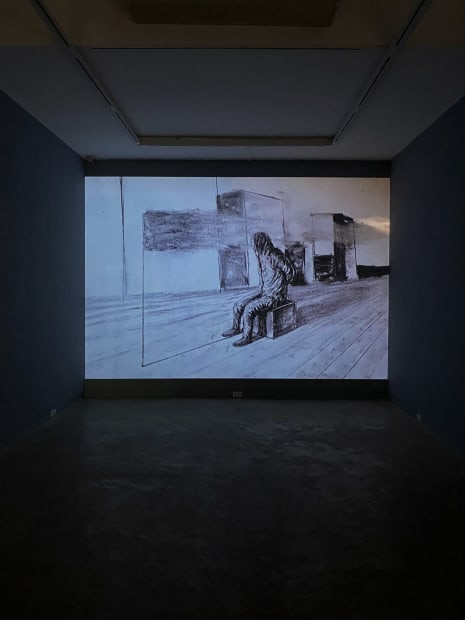 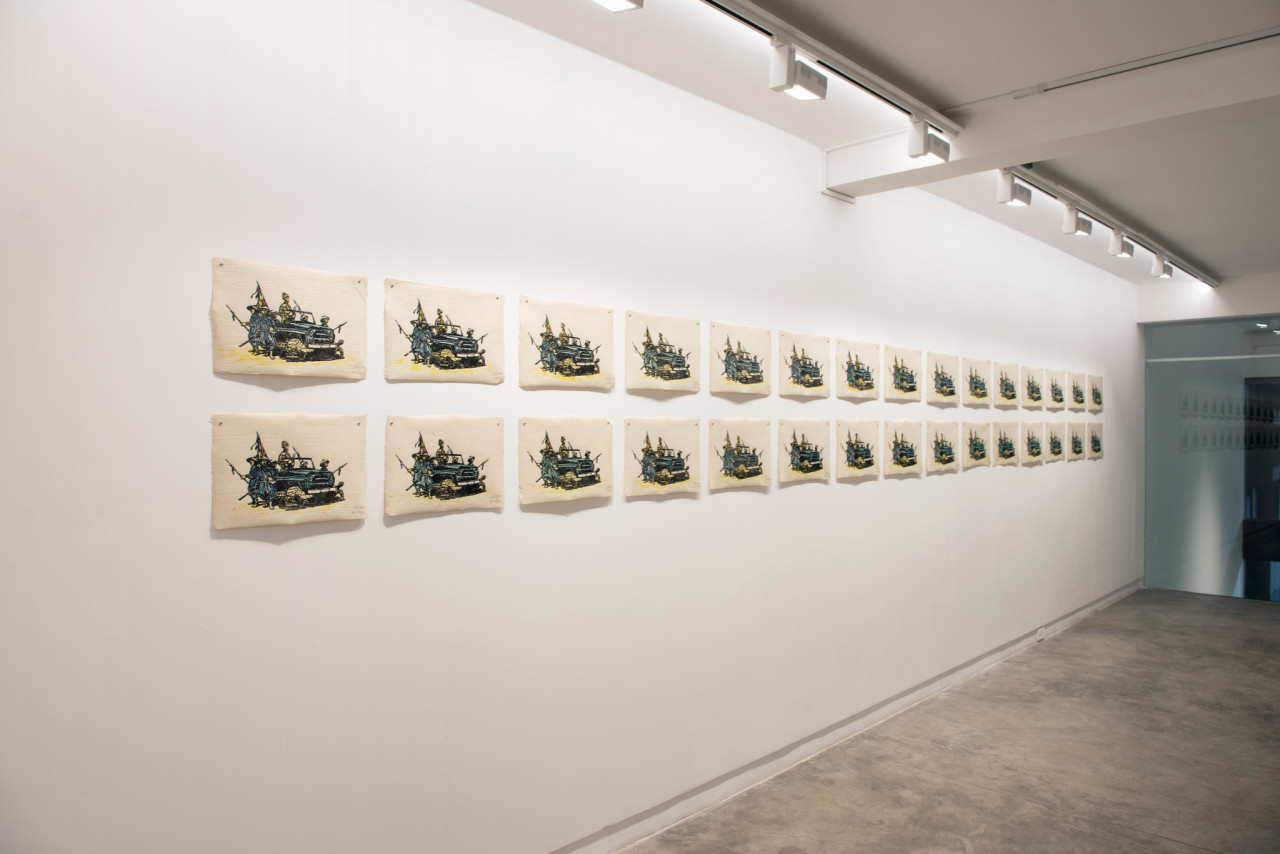 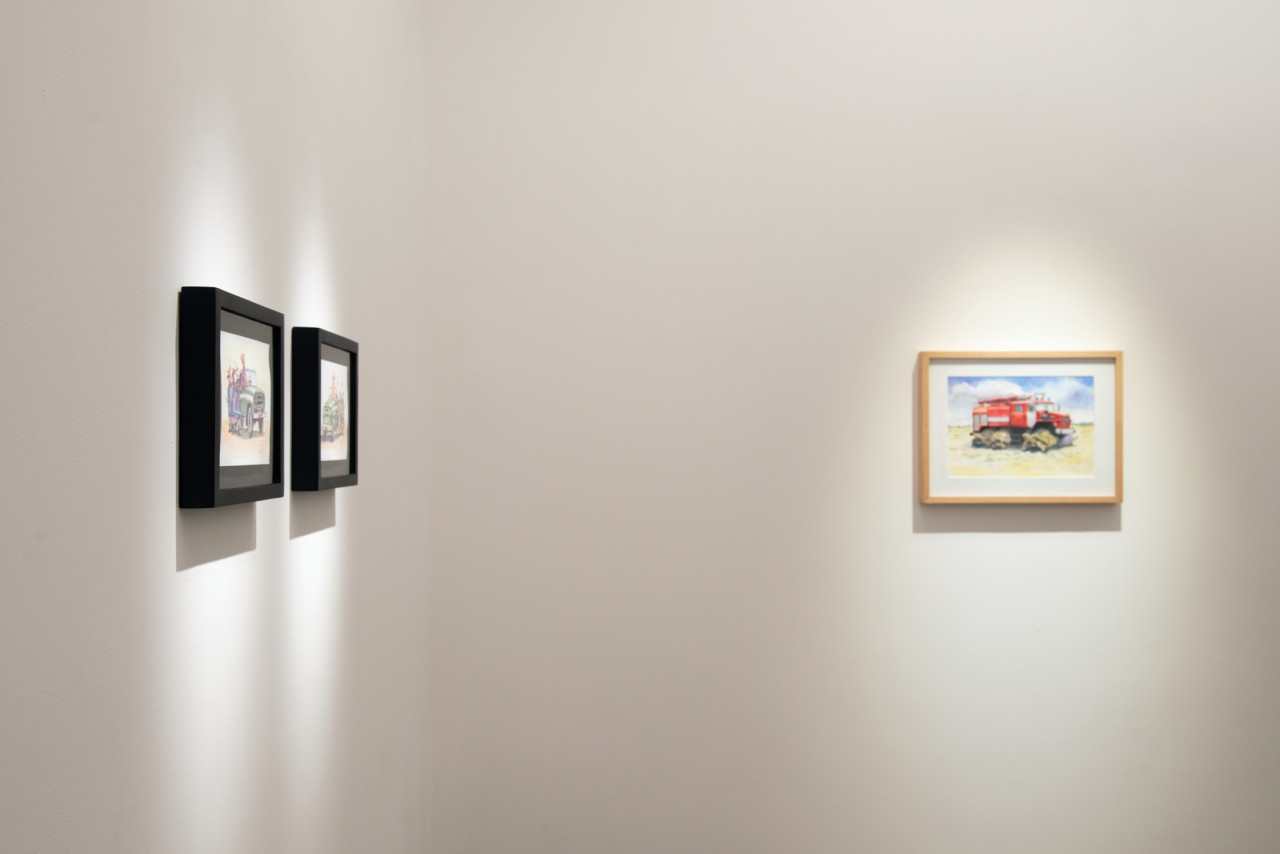 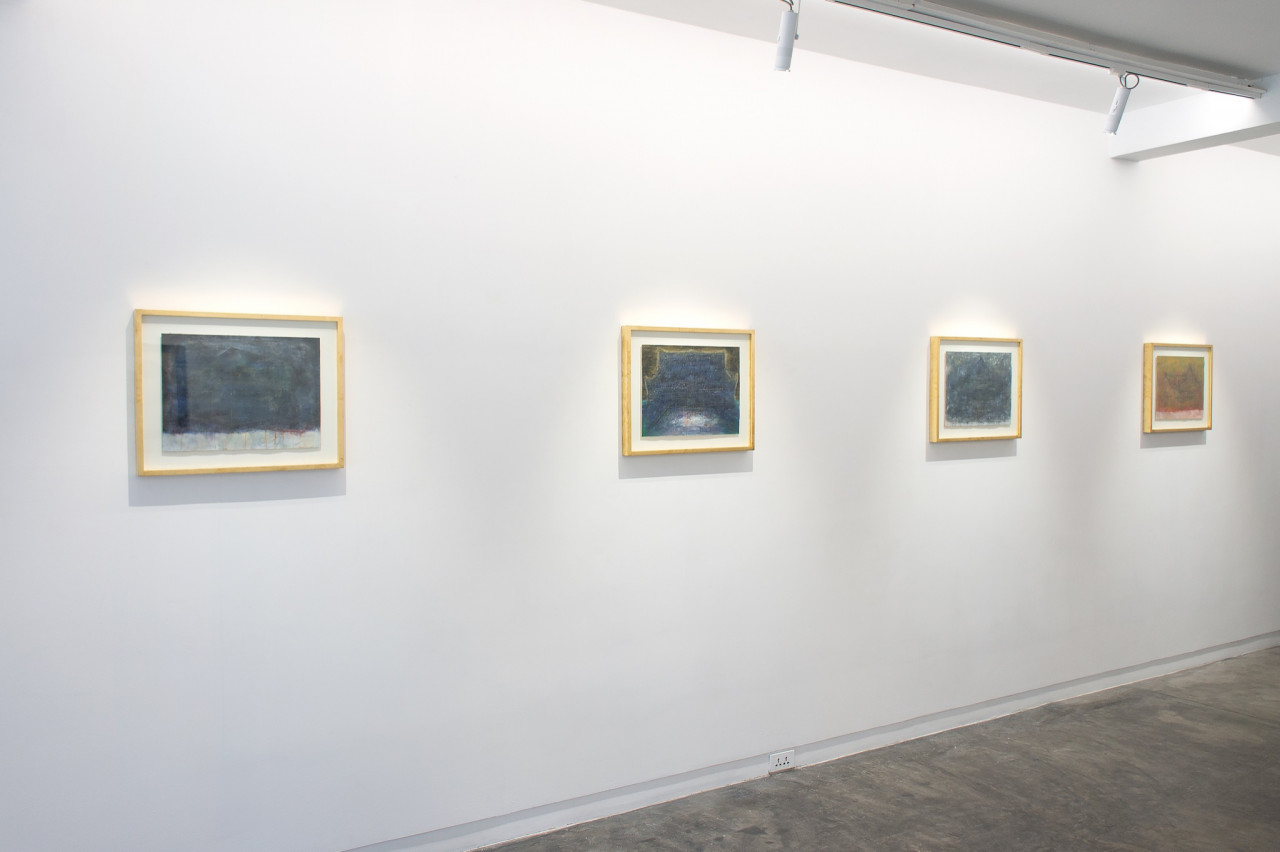 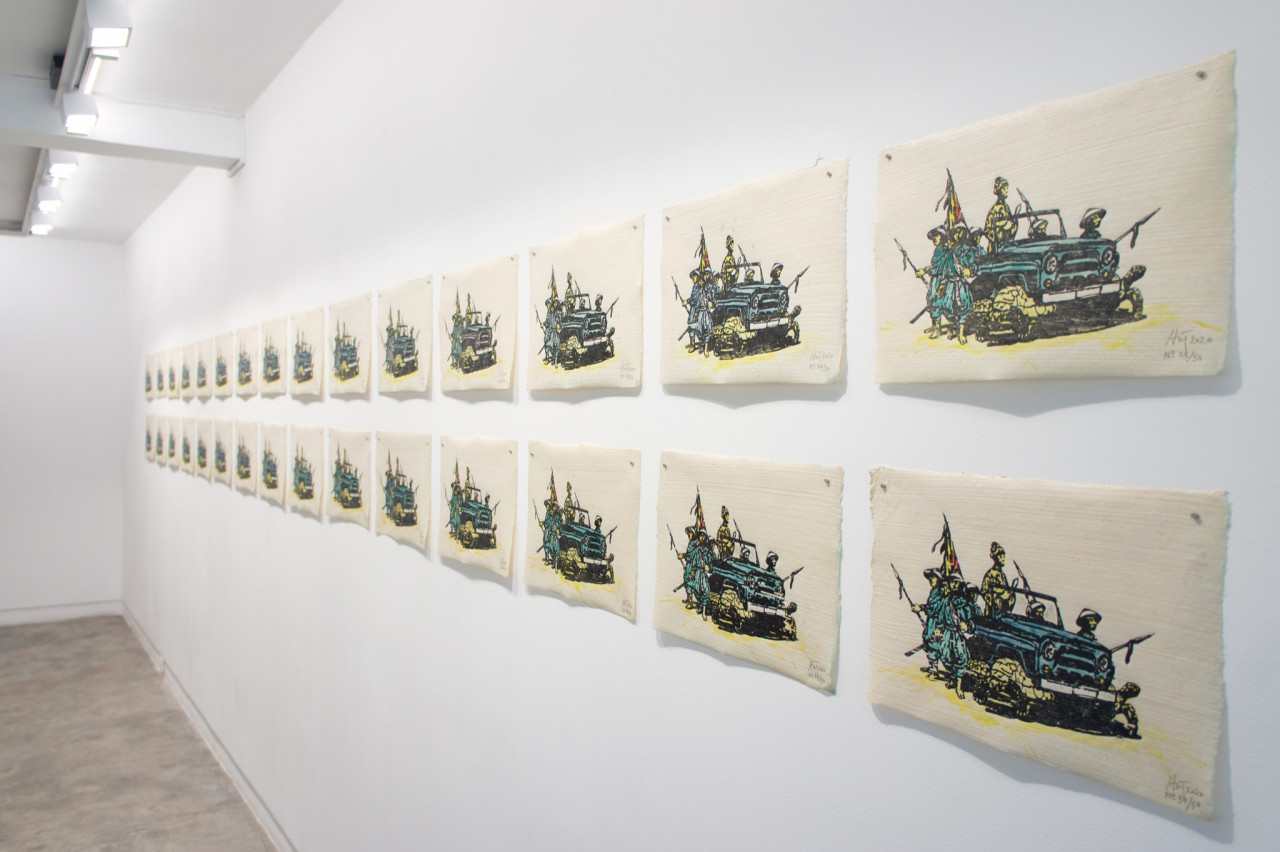 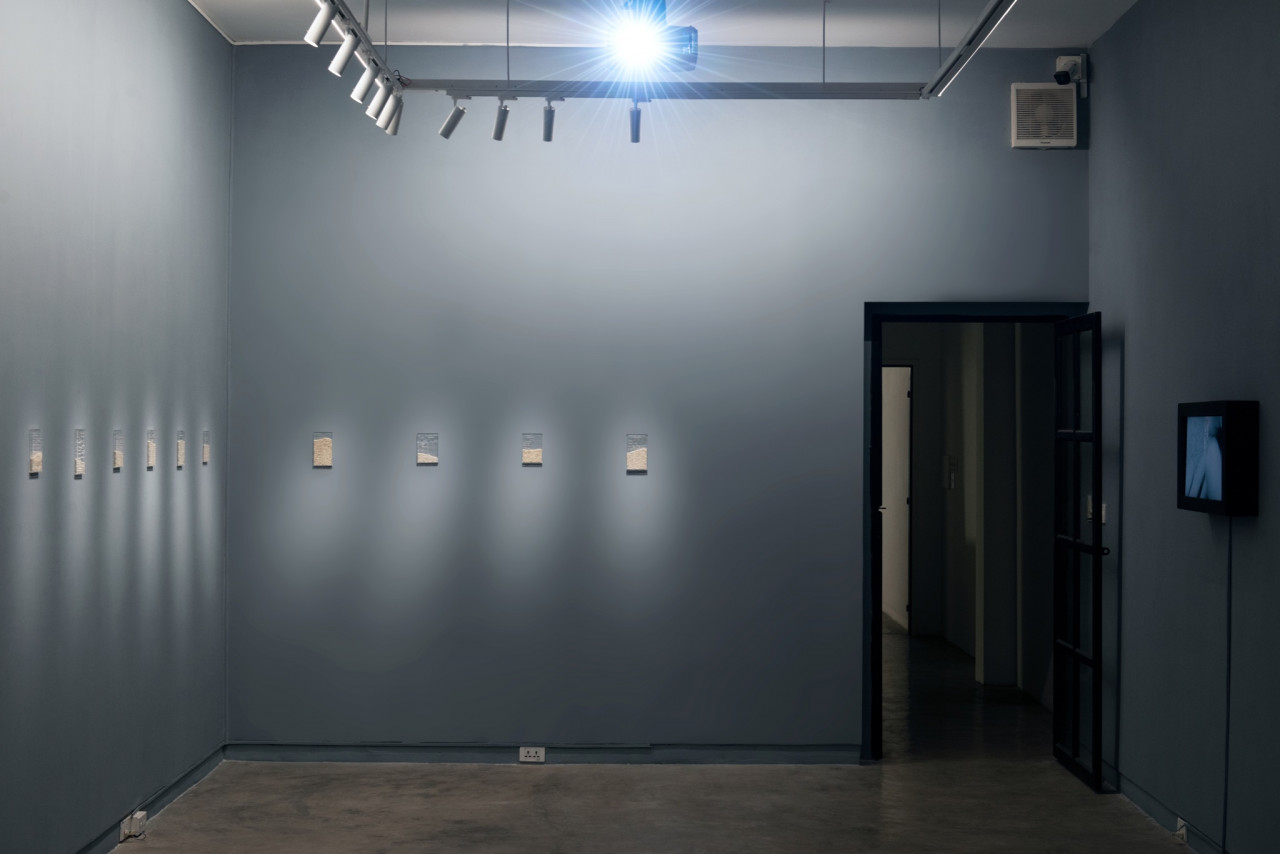 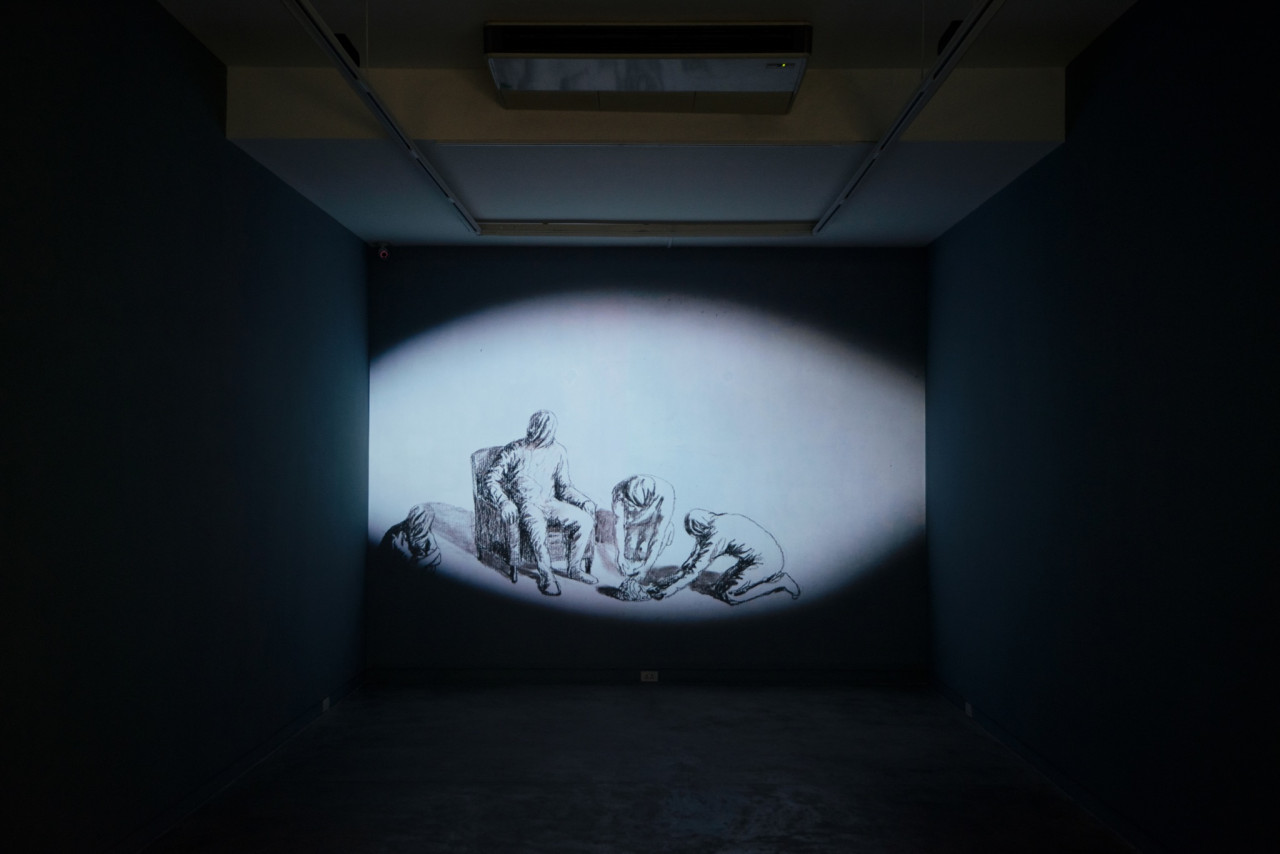 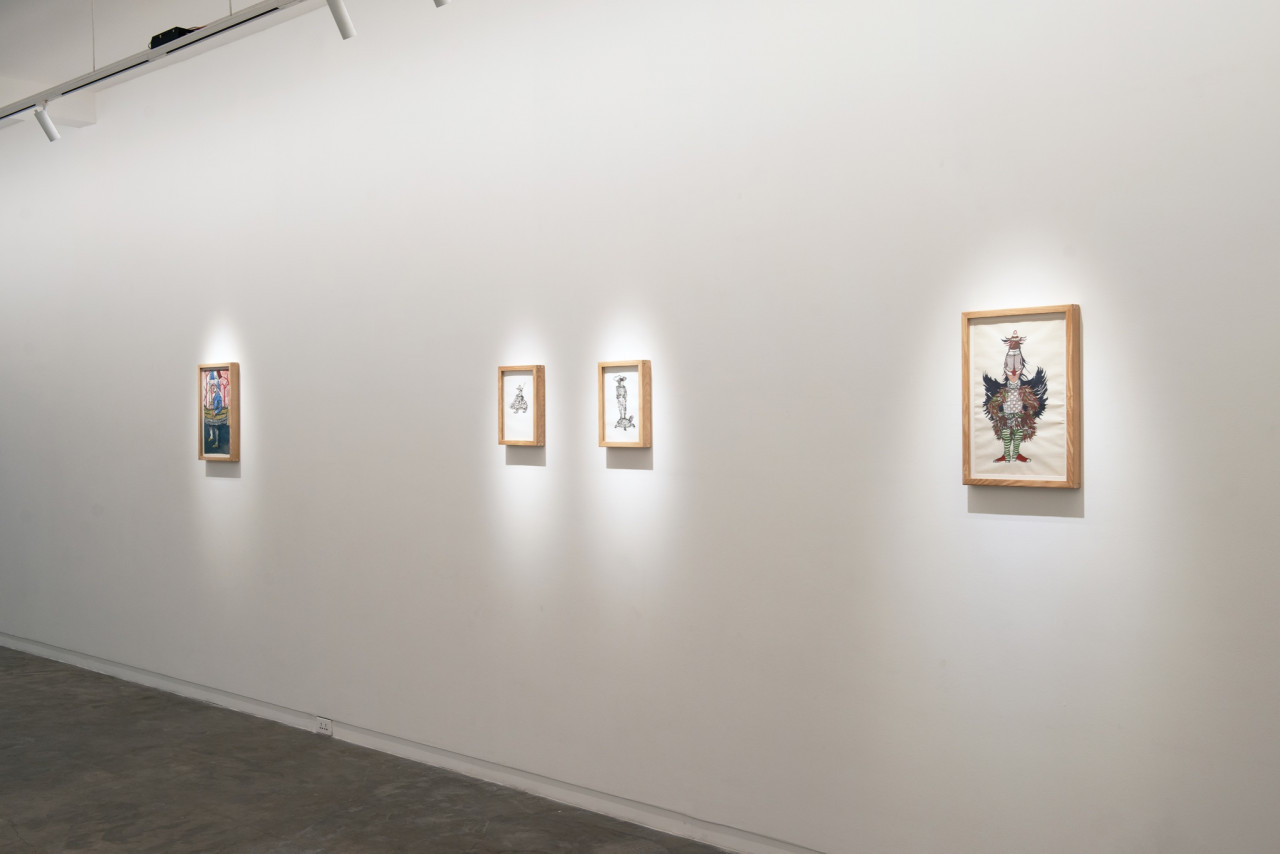 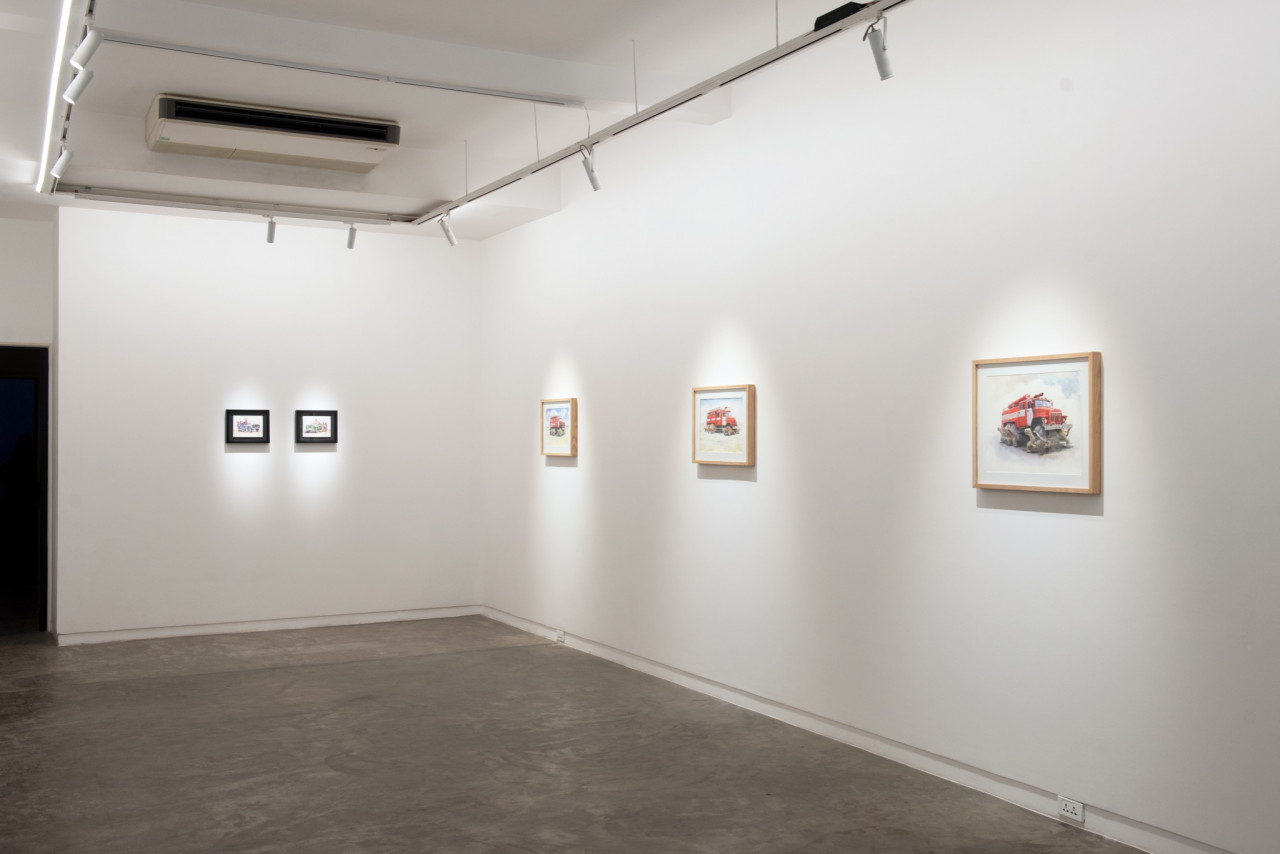 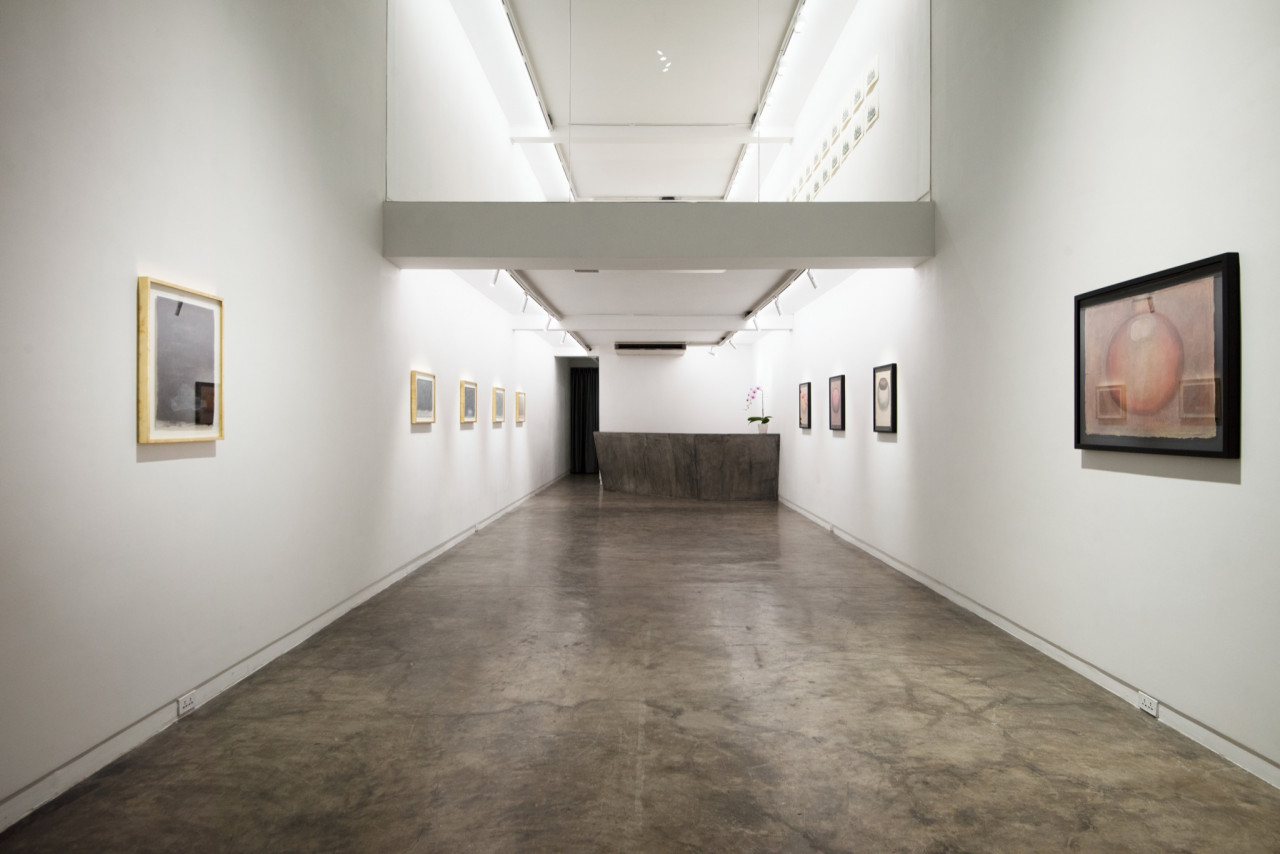 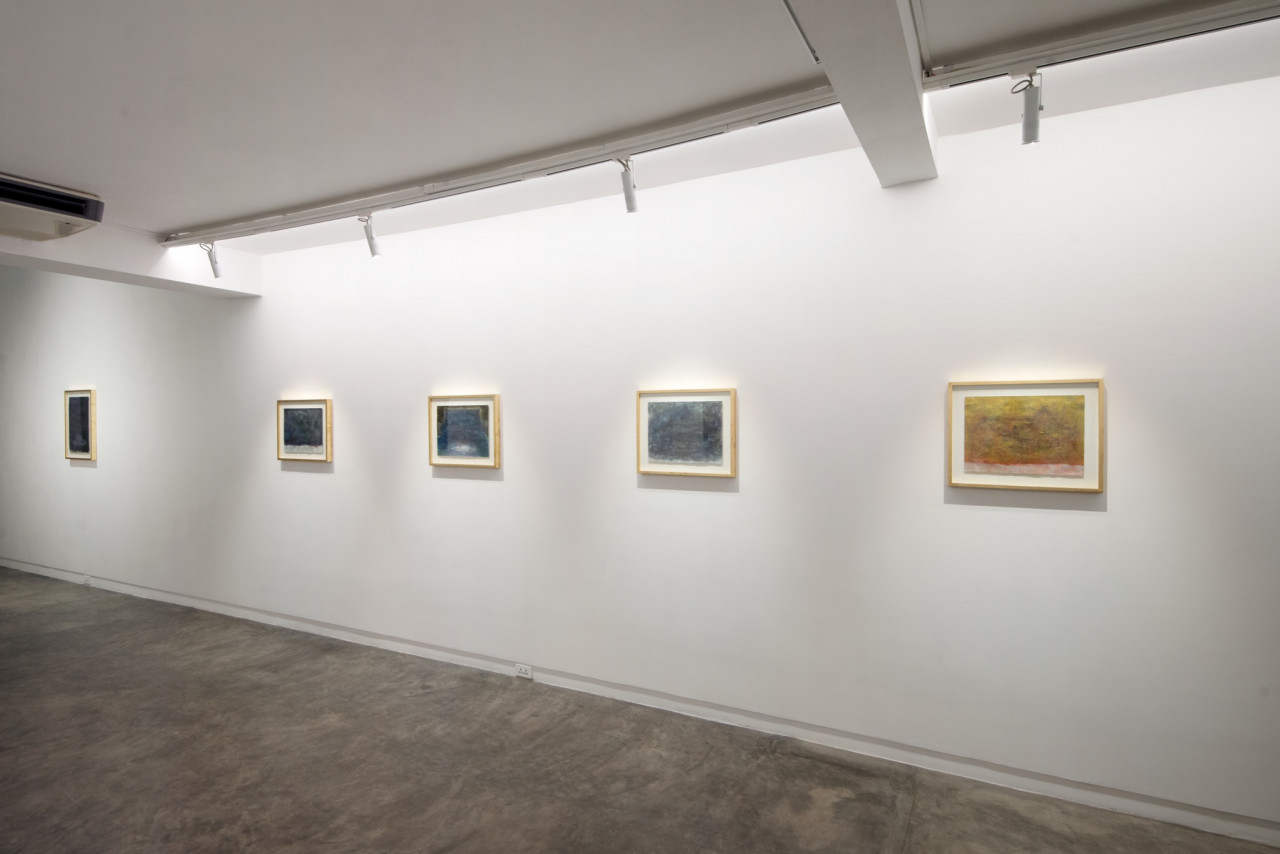 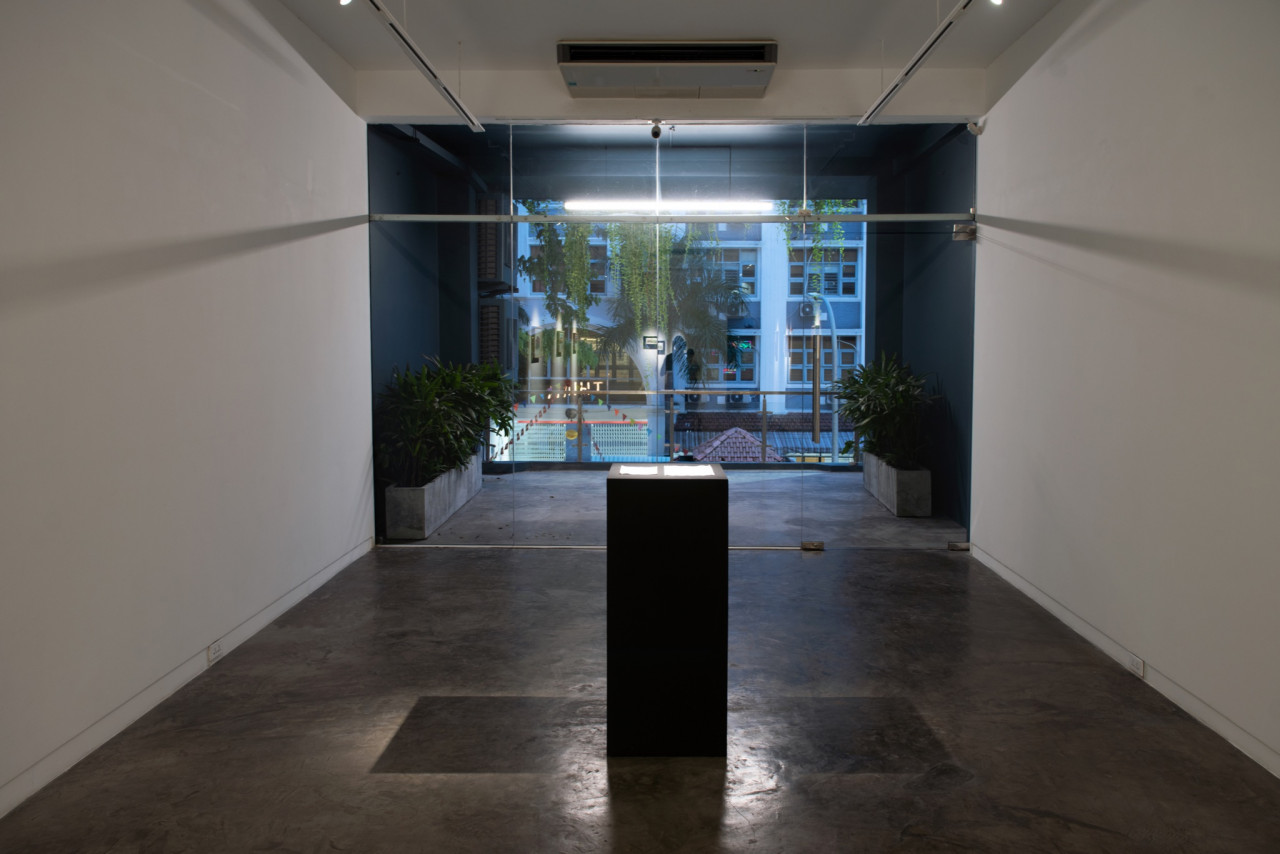 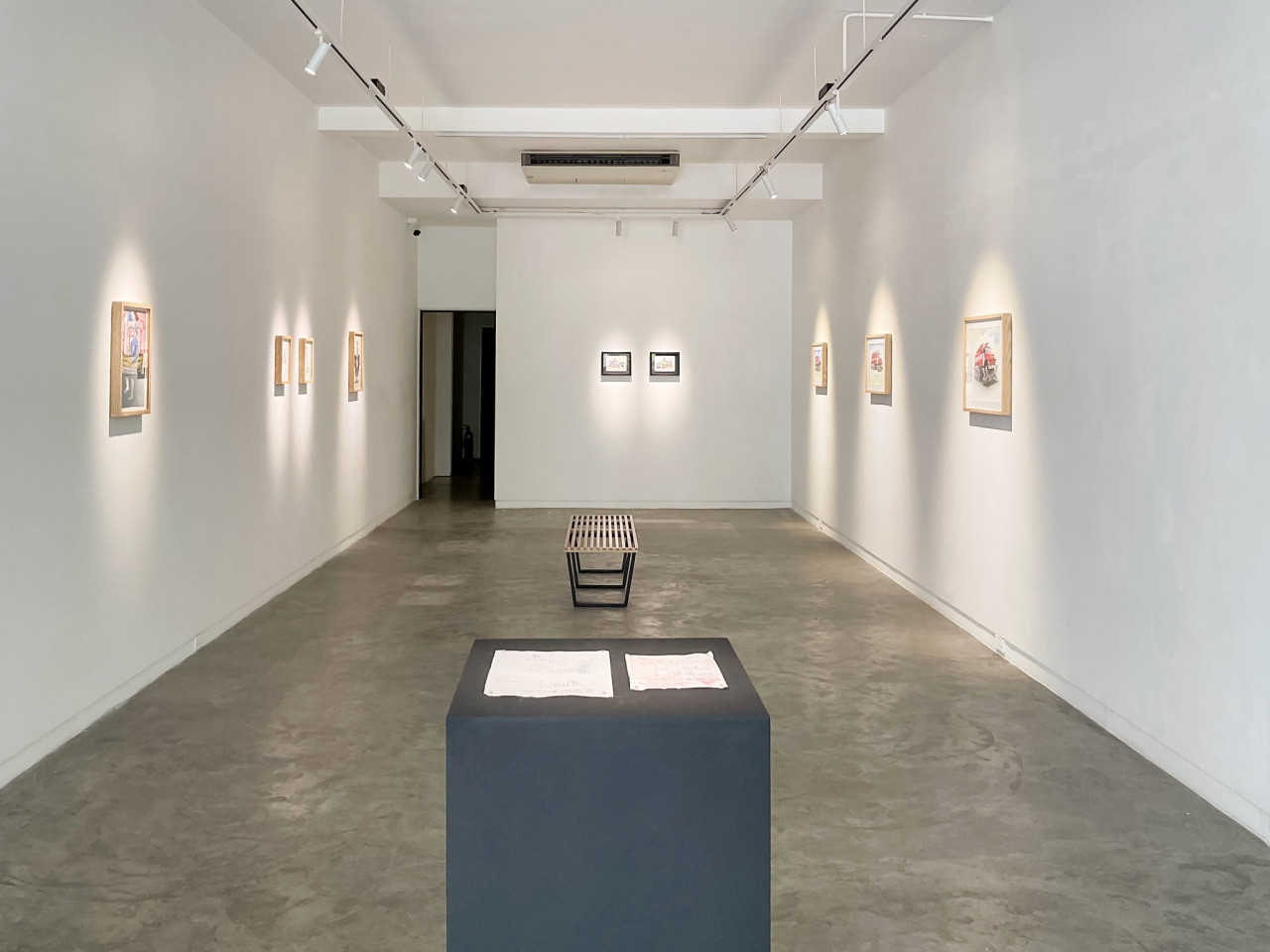 A vernacular material both in everyday life and art, paper has never ceased to inspire artists for its ubiquity, versatility, and incredible socio-historical weight - paper is synonymous with knowledge transmission and archiving. From a site where ideas could delve, paper is also a medium that evolves together with ideas as its varying sizes, textures, and thickness allow for surface and structural manipulation. Bringing together works by François Andes, Ha Manh Thang, Nguyen Huy An, Trong Gia Nguyen, Nguyen Manh Hung and Nguyen Tran Nam, 'Notes on Paper' highlights the kaleidoscopic nature of this unassuming material, at the same surveying the gestures that come along with it such as mark-making, painting, writing, and erasing.

Conjuring up the receding landscape of the Northern Vietnam countryside Ha Manh Thang's series 'Far in the North' (2013 - ongoing) is both an archiving attempt and a philosophical reflection on the finitude of life. The paper, with its flair for resistance, now bears the significance of the identities of now-defunct temples and pagodas as Thang layers his memory of them and their original blueprints found by pure chance. Echoing the rather similar state of nostalgia, Nguyen Huy An manages to capture the essence of the Northern Vietnamese countryside through the image of the pond and water temples - where most of the village activities take place. What at first looks like a static, non-directional round mass as the ink seeps into each and every pulp of the Dópaper, reveals to be a symbol laden with stories: the legacy and heritage of communal lifestyle, and the artist's personal rumination on being.

Repetition, especially that of his quirky subject matters - usually an odd juxtaposition between the feudal and contemporary periods, is consistently seen throughout Nguyen Manh Hung's practice. It is a technique Hung uses to highlight the perpetual contradictory nature of everything that strikes him as inevitable. The fire truck, which is synonymous with the state of emergency, now has its tyres replaced by turtles moving in different directions, is a playful depiction of the not-so-harmonious coordination amongst individuals in a collective. Instead of sitting in his palanquin, the king now roams in what appears to be a half of a car that could not move on its own, suggesting the unique localisation of Western inventions in Vietnam. As fragments from the pictorial epic 'The crossing of disaster' (2020), which is a combination of whimsical mythical characters, alluring flora and faunas, Francois Andes's paintings and sketches breakdown the multiple influences that inform his artistic practice: Greek mythology, Yoruba culture, Vietnamese folklore, and French heritage. Also using the image of a turtle, however, Andes' sketches show his appreciation for a creature that is closely linked to Vietnamese folkloric belief and nationalism.

Nguyen Tran Nam's stop-motion video 'Through the looking glass' (2022) guides us through an imaginary underground maze of thirteen tunnels. Instead of a lush magical world like in Alice in Wonderland, or gruesome hell in Dante's Inferno, life in each tunnel is not that much different from our current reality. Featuring ten latest titles from his 'Library (Anthology for Beginners)' (2007 - ongoing), Trong Gia Nguyen reframes the notion of the library as a repository of knowledge, in particular how books accumulate and disseminate information and ideas. Fashioned as library cards, the rice 'books' disregard all hierarchy in the collected words - articles like 'the' and 'a' and prepositions such as 'on' and 'with' carry equal weight as more charged, descriptive words subverting the writers' prose.

A continuation of his 2016 project of the same title in which Huy An explores the myths of Guan Yin in modern context, this iteration of 'Thousand arms and Thousand eyes' is a distillation of the artist's poetical and comical commentary on the commercialisation of sacred symbols. Wrinkled, worn-out found receipts become the sole evidence, which justifies the value of a Guan Yin's arm - supposedly a symbol of the deity's blessings and supernatural power, while at the same time serving as a makeshift space for rethinking popular belief.

Notes on the exhibition: